A new series of 3D renders that allegedly show the design of the iPhone 14 Pro reveals a few external changes instead of the huge complete redesign we were expecting this year. The biggest change seen from these renders is a new hole punch + pill cutout in place of a notch. 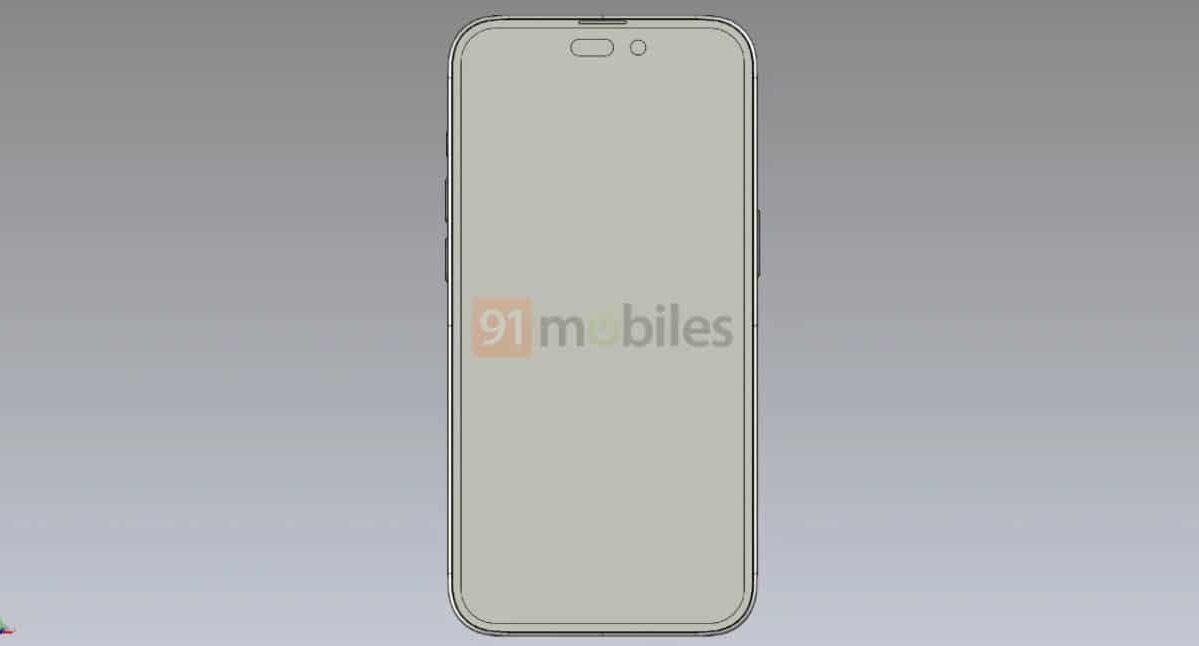 The renders were dropped by 91 Mobiles, a publication that has accurately shared the design of products before their launch date. According to 91mobiles, the iPhone 14 Pro will feature a new design, but the rear end of the device will remain unchanged. The cutouts will house the Face ID sensors and selfie camera.

The cutouts will house the Face ID sensors and selfie camera. The front has symmetrical bezels on all corners, with the top bezel accommodating the speaker grille. This gives the device a much premium look. The power button is on the right, while the volume rocker, SIM tray section, and alter slider are on the left edge.

If accurate, the leak is very different from what industry sources have been saying about the upcoming iPhone 14 lineup. In September, prolific leaker Jon Prosser said that the 2022 iPhones will not have camera bumps in favor of a flat design. Later in September, Bloomberg’s Mark Gurman aid that  Apple will be completely its iPhone 14 models.

However, today’s images have revealed that the iPhone 14 Pro will largely retain a similar design to Apple’s iPhone 13, with the same protruding camera bump and layout. The only notable external change is the new hole-punch housing for the camera and Face ID on the front of the device. This change can be corroborated by previous reports from Mark Gurman, Jon Prosser, DylanDKT, and TF Securities analyst Ming-Chi Kuo.

Apple is expected to unveil its latest flagship iPhone lineup this year with a new A16 Bionic chip exclusive to the iPhone 14 Pro and Pro Max only. A new iPhone 14 Max is also expected in place of the mini. It has also been reported that iPhone 14 will feature a 48MP camera and 8K video capture and 8GB RAM, heavier titanium casing, and a 2TB storage variant.