One of the issues reported with iPhone 4 is of proximity issues which cause problems during calls. Although only a few people have this issue. Today, Apple announced in their live press conference that they are currently working on a proximity sensor issue fix and they would soon give another software update to solve it. 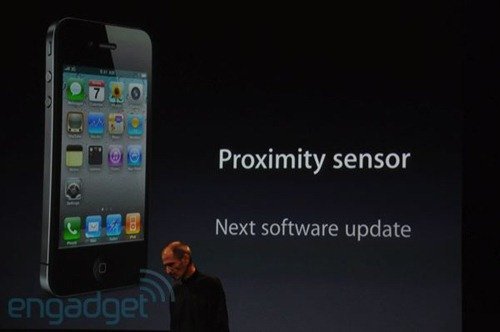 The proximity sensor issue of iPhone 4 has never looked a serious enough issue like the reception issues but still Apple mentioned this in their press conference which means they’re taking it seriously.

So I have some other updates. We’re tracking some problems with the proximity sensor and we’re working on it.