The surge in online spending in 2020 can be attributed to people having to stay at home during the ongoing coronavirus pandemic, which drove remote work and education. Sensor Tower estimates that that consumer app spending will hit an average of $180 in 2021.

As per new data shared by Sensor Tower, the average amount of money spent on apps for United States iPhone users was $138 in 2020, a massive 38% increase when compared to the year before. The report attributes the increased spending to premium apps and in-app purchase:

The trend is not just restricted to the United States. With the coronavirus pandemic forcing the global population to stay at home and the closure of cafes, bars, and malls, many people turned to their smartphones as a source of entertainment. As far as the breakdown of categories which saw the highest spending, gaming took the top spot with a growth of 43% in 2020 compared to 2019. Users spent an average of $76.80, up from $53.80.

An analysis of Sensor Tower Game Intelligence data reveals U.S. iPhone users spent the most in Puzzle games per device, averaging $15.50 on the category, which includes titles such as Candy Crush Saga and Gardenscapes. The Casino category saw the next highest user spending, averaging $13.10, followed by Strategy, which saw a surge in revenue last year and saw an average of $12.30 per iPhone in user spending.” 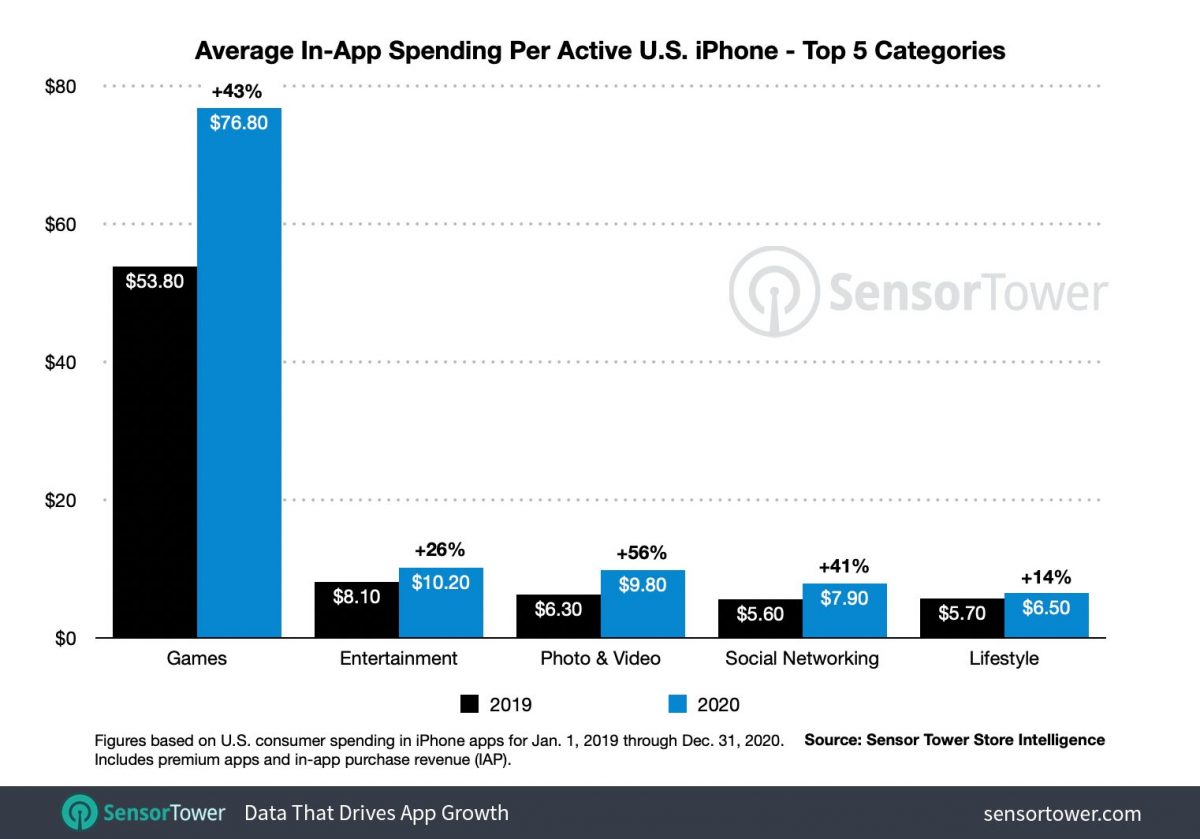 Sensor Tower’s projection of consumers spending more in 2021 can be corroborated by recent App Annie data. According to the data, users spent $32 billion on in-app purchases across iOS and Google Play globally in Q1 2021. The figure is 40% up on the same quarter for 2020. Note that the report includes data from some third-party Android app stores in China.

“The numbers illustrate the remarkable impact that the pandemic has had on the app market. Q1 2020 was the first period of global lockdowns. Stay at home orders forced consumers to seek out indoor stimulation, and they found it on their smartphones, through games and other highly engaging apps such as video streaming and social sharing platforms.

As a result, the market grew at unprecedented speed. Smartphone users spent around $9 billion more on apps and games in Q1 2021 than they did in Q1 2020.” 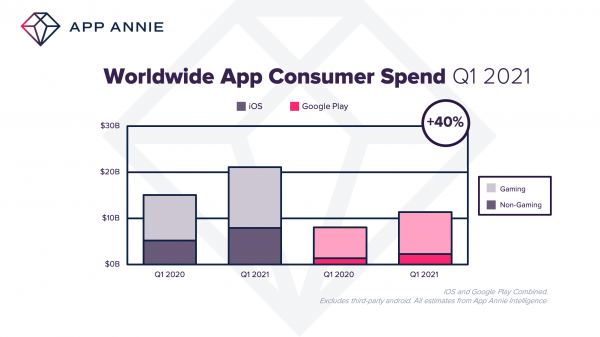