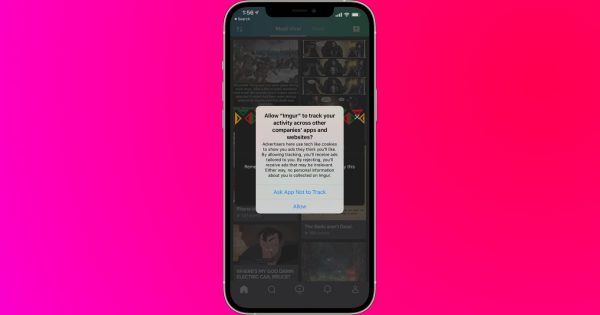 As per Forbes, Apple has rejected app updates from various developers, and has been sending rejection messages similar to this:

“Your app uses algorithmically converted device and usage data to create a unique identifier in order to track the user,” says the message that Apple is using to inform app developers that their update has been rejected. “The device information collected by your app may include some of the following: NSLocaleAlternateQuotationBeginDelimiterKey, NSTimeZone, NSLocaleGroupingSeparator, NSLocaleDecimalSeparator …” 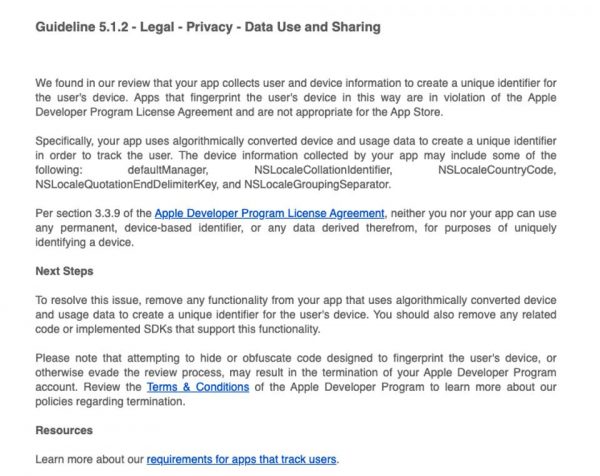 Many apps that rely on third-party frameworks or development kits have been facing app rejection issues because those tools had not been updated to comply with Apple’s App Tracking Transparency rules. One of these companies is Adjust, which provides tools for mobile measurement and fraud prevention. Developers that used the Adjust SDK saw their app updates rejected by Apple because it was gathering data for device fingerprinting.

Adjust’s SDK was collecting data such as CPU type, memory quantity, charging status, battery level, and more. The company has now updated its open-source SDK on GitHub, and the updates remove lines of code that collected this data. This should help developers get their app updates approved easily unless the apps also collect data without consent, which goes against Apple’s App Tracking Transparency guidelines.

This is just one example of a third-party SDK that app developers use and found out that it was causing troubles with app approval. There are bound to be many other tools that could cause issues with app approval if they have not been updated to comply with Apple’s new privacy rules. If you are an app developer and your app has been rejected, make sure to check out all the tools and framework dependencies that you rely on.

iOS 14.5 is expected to release in stable form this Spring, so there is not much time left before users start seeing the consent pop-up for tracking.