After all the Kinect hacks we’ve been posting here on iTD, it shouldn’t come as a surprise that Kinect support for PCs is on the cards.  The confirmation came through BBC’s show Click Online, when Ballmer told them:

We’re trying to move beyond gaming to include the world of socialization, movies, TV, music, and we’re trying to make the whole experience accessible to everybody in the family not just the traditional gamer

Check out the video of the interview by Winrumors:

It is expected that Windows 8 will feature some sort of integration that would let users control the PC with Kinect. While we don’t know what the user experience of that would be like, it might be the next step in human computer interaction as we know it. 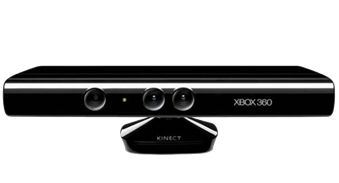 Kinect was released in November 2010 as an add on to Xbox 360 that lets the gamer play games without any controller. Gamers use their body for motion/gesture control in games and other scenarios. It has been so amazingly successful that over 8 million units have been sold in 60 days while in just the first 10 days, 1 million units had been sold. Although, there aren’t many games available for Kinect yet, the ones that are, really make for an amazing experience specially with lots of gamers at a time. Microsoft announced Avatar Kinect at CES recently which will allow users to communicate in virtual worlds and create their own talk shows, discussion groups and so on.