Microsoft have revealed the technology used in their upcoming motion based gaming device Kinect ( previously called Project Natal ) for Xbox 360. The secret was finally revealed by a patent application filled by Microsoft with the US patent and trademark office. 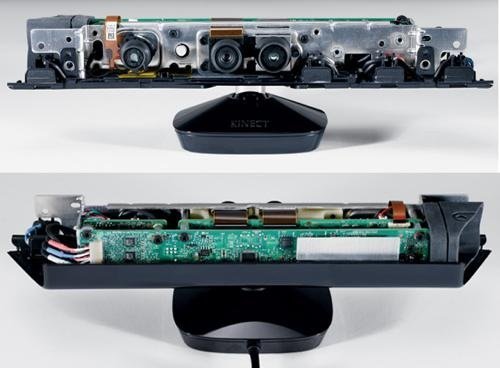 The patent application reveals that Kinect uses PrimeSense Software, which is capable of detecting user’s body movements by focusing on certain points on the body, and comparing it to a skeletal model. PrimeSense is the base of the upcoming console add-on as it makes a skeletal avatar of user. The PrimeSense software makes a skeletal avatar of the user which identifies the movements made by the user at a particular time. The software is also capable of mapping all fluid movements made by user while playing a game.

In terms of hardware, it includes a RGB camera for facials recognition and video capturing, a depth sensor which is an infrared projector paired with a monochrome CMOS camera, four mics for voice recognition and a motor in the base for rotation.

The motion sensing peripheral will be available for as low as 150$ before Christmas with an upgrade option to 250GB. Kinect works along with the Xbox 360, so those who already poses an Xbox 360, they just have to buy the Kinect add on.