Apple today dropped a trailer for its first 3D animated film, Luck, from Apple Original Films and Skydance Animation. The film is the first piece of content to come out of a multi-year deal Apple TV+ signed with Skydance Animation in February 2021. 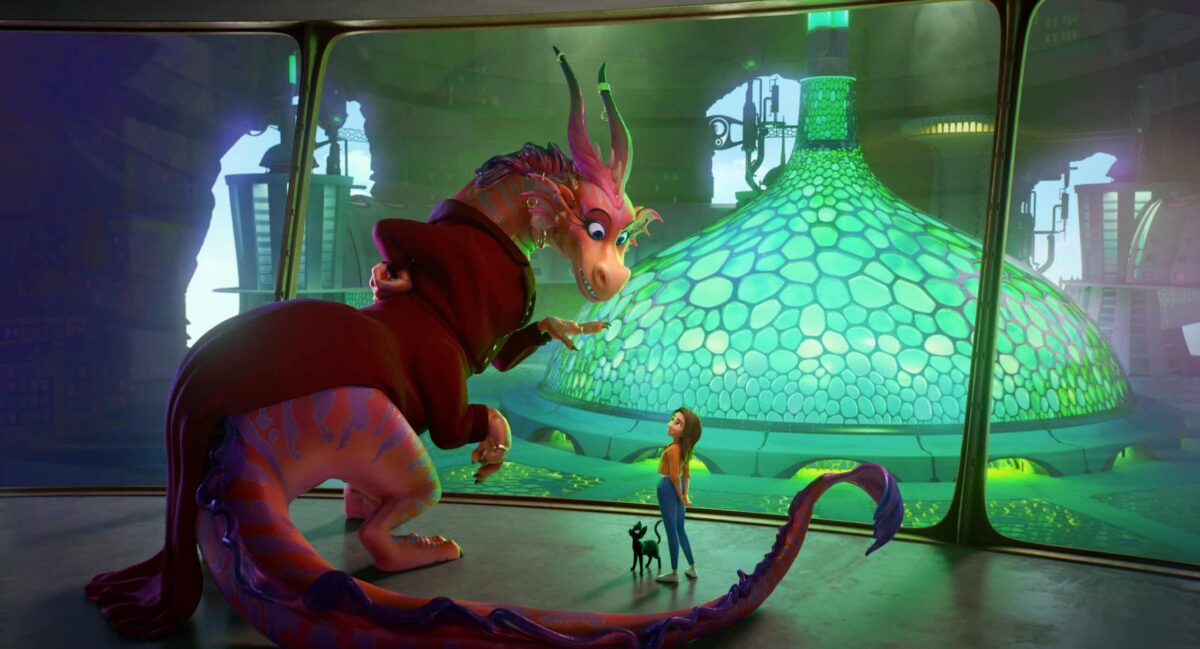 Luck, directed by Peggy Holmes and written by Kiel Murray, follows the story of the unluckiest girl in the world, Sam Greenfield (voiced by Eva Noblezada), who stumbles upon the “never-before-seen world of good and bad luck.” Sam has to learn to work with a ton of magical creatures like a talking cat and a dragon to “uncover a force more powerful than even luck itself.”

The film’s cast includes Whoopi Goldberg as The Captain, Simon Pegg as the talking black cat Bob, Jane Fonda as Babe the Dragon, and more.

Apple and Skydance Animation are also set to release another feature film titled “Spellbound,” which is an animated musical that follows a young girl who “sets out to break the spell that has split her kingdom in two.” The musical is directed by Vicky Jenson and written by Lauren Hynek, Elizabeth Martin, and Linda Woolverton.

The tech giant also put in a two-season order for the animated series “The Search for WondLa,” an original animated TV series based on the book series by Tony DiTerlizzi. The series will be written and executive produced by showrunner Lauren Montgomery, with Chad Quant, DiTerlizzi, and Gotham Group joining as executive producers.

Luck will be able to watch exclusively on Apple TV+ on August 5. For $4.99 per month with a seven-day free trial, Apple’s streaming service is available on iPhone, iPad, iPod touch, Mac, and Apple TV via the Apple TV app.