Finally, the much awaited official version of PwnageTool has just been released by iPhone Dev-Team which is based on the latest greenpois0n for jailbreaking iOS 4.2.1 fully untethered by creating custom .IPSW files and preserving your iPhone’s baseband so you can use the ultrasn0w unlock. Though a custom PwnageTool bundle had already been released before but it is recommended to use this official release instead. The latest PwnageTool 4.2 supports iPhone 3G/3GS, iPhone 4 GSM/Verizon CDMA, iPod touch 3G/4G, iPad and Apple TV 2G. 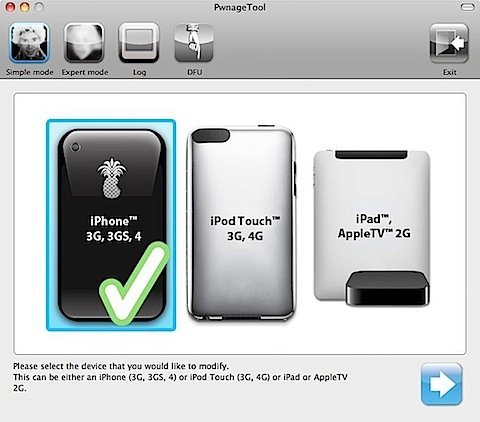 PwnageTool 4.2 includes two very recent improvements to the 4.2.1 JB: iBooks was just fixed by @comex and @pushfix last night so that it works as intended on DRMed books, and the wifi problem on AppleTV 2G was fixed by @nitotv, @DHowett, and @saurik. Both of these fixes will also be available in upcoming Cydia package updates, so if you’re already jailbroken you can wait for those updates rather than restore and jailbreak again.

Simply download the official iOS 4.2.1 for your device and use the latest PwnageTool to create a custom firmware (.iPSW ) and restore your device with it, completely untethered!

Sn0wbreeze 2.2 has also been released for Windows to create custom jailbroken firmware without upgrading baseband.