Parallels Desktop 17 is now available as a major new update with support for macOS Monterey, Windows 11, and multiple performance improvements. M1 Macs have received a lot of love with this update and Windows performance is around 30% faster on average in various tasks and 28% faster DirectX 11 performance.

With version 17, Parallels Desktop also becomes the first app that can virtualize macOS Monterey on a Mac with an M1 chip. 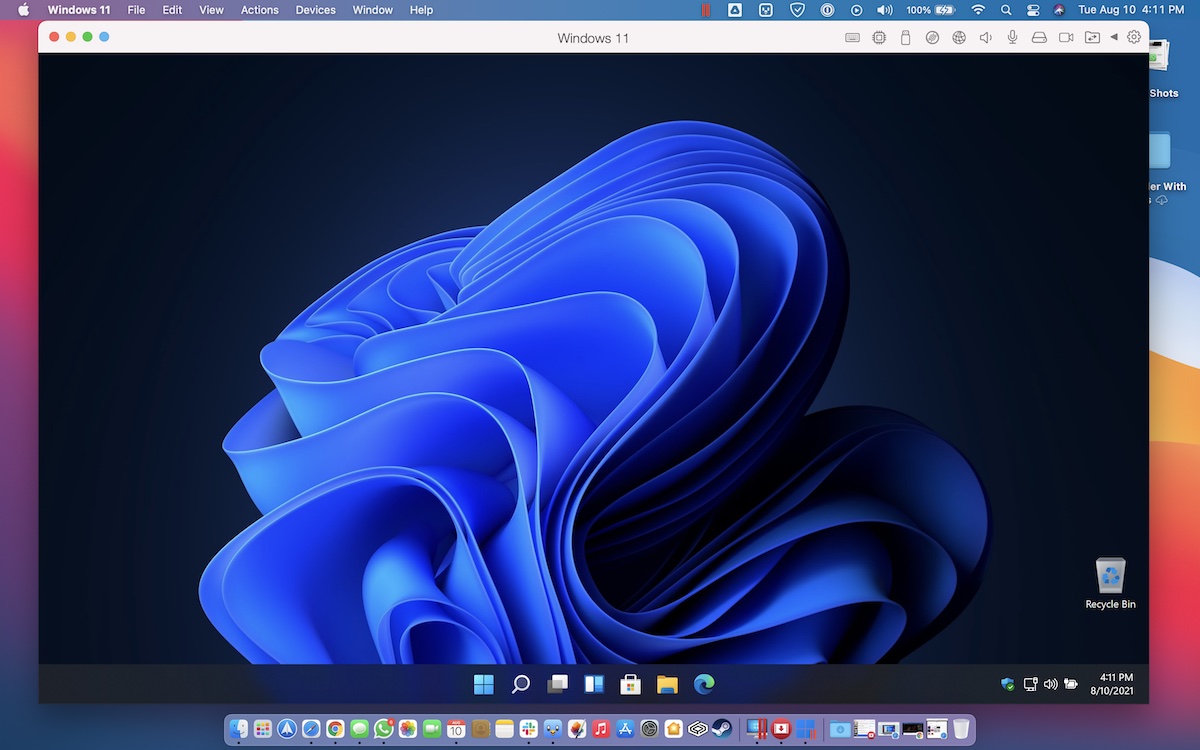 In terms of operating system support, Parallels Desktop 17 supports macOS Monterey, which is currently in beta testing. The app also supports installing it in a virtual machine on an M1 Mac.

For Windows 10, users can expect the following performance improvements:

M1 Mac users also get a bunch of improvements with improved battery status and battery-saving support for Windows 10. Virtual TPM support for M1 Macs is also available now, which means that users can install Microsoft’s latest operating system without relying on any workarounds. There are also specific improvements towards Windows UI responsiveness, video playback, and gaming experience.

macOS Monterey users can also perform drag and drop for text and media between apps in Windows and macOS. While a new automatic optimization feature for virtual machines allocates the right number of CPU cores and RAM to ensure that your virtual operating system runs as smoothly as possible.

Other improvements include enhanced USB support, copy and paste for unformatted text, improvements to Coherence Mode, and better disk space control which helps you save on storage using an updated Free Up Disk Space assistant.

We have been testing Parallels Desktop 17 for some time and if you intend to update to macOS Monterey or virtualize Windows 11, this update is a no-brainer for M1 Mac users. Other virtualization tools like VMWare have still not released support for Windows on ARM for M1 Macs, while Parallels has already gone ahead and released its second major update which improves support for Apple Silicon.

A new Parallels Desktop 17 license is available starting at $79.99 per year, while existing subscribers can update for free.