WhatsApp is working on bringing password-protected, encrypted chat backups for iCloud and Google Drive, according to a new report. The update, which is currently in the works, would allow users to keep their WhatsApp chat backups guarded against unauthorized access by using a password.

WhatsApp chats are end-to-end on your phone that on the phone of the people you are talking to when it comes to exchanging messages and pictures. However, once those chats are backed up, that is no longer the case on both iOS and Android. This has been a major privacy concern that critics have brought up in the past. 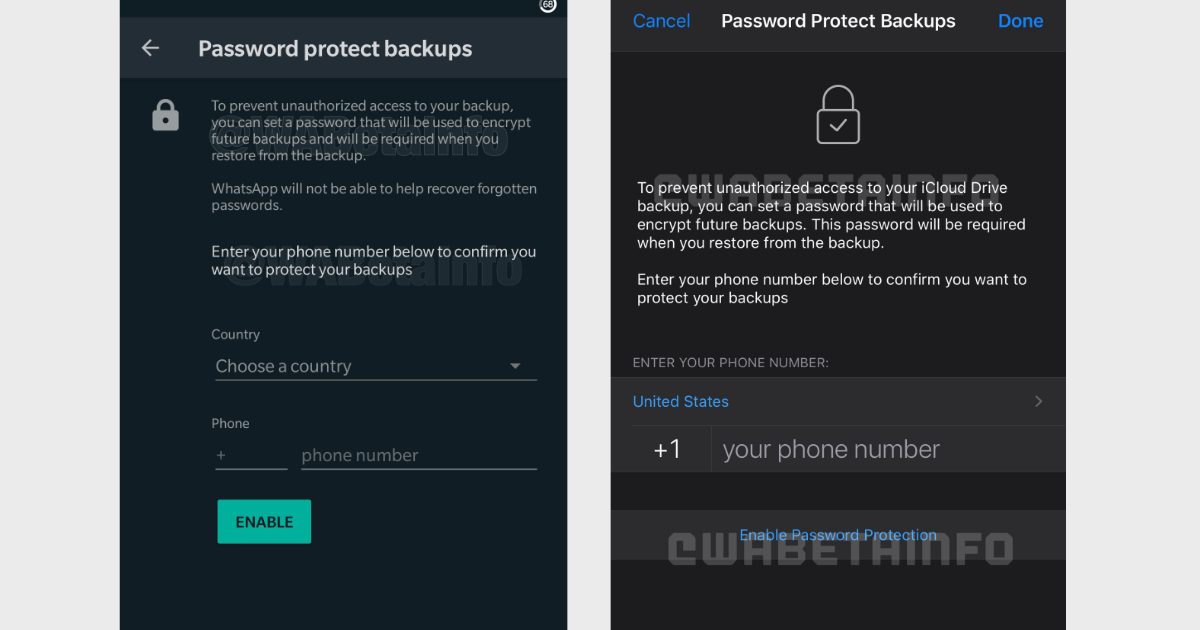 As reported by WABetaInfo, a password-protected, encrypted cloud backups feature is in the works for WhatsApp. The report also shared some screenshots that show how the feature could be presented on the messaging app on iOS and Android.

One of the screenshots reads – “To prevent unauthorized access to your iCloud Drive backup, you can set a password that will be used to encrypt future backups”. “This password will be required when you restore from the backup” – reads the description on another one of the screenshots shared by WABetaInfo.

As previously announced, @WhatsApp is working on cloud backups encryption.

The chat database and media will be safe from unauthorized access when using a password. The password is private and it's not sent to WhatsApp.
It will be available in a future build for iOS and Android. pic.twitter.com/Lp06PaECBX

The update will likely be made available for both Google Drive and iCloud backups. It is important to note that one of the screenshots shared by WABetainfo states that “WhatsApp will not be able to help recover forgotten passwords” and users will have to enter their phone number to confirm password protection for their backups.

WhatsApp cloud backups is a feature that has been available for users for quite some time. However, the platform has not enabled cloud backups with end-to-end encryption that encrypts the content while it moves from one point to another. This potentially opens up a loophole for hackers to take advantage of as unauthorized users can still access chat backups through a user’s Gmail or iCloud accounts.

It’ll be helpful for the company if it releases its new security featured as soon as possible. After inadequately explaining its privacy policy, other instant messaging apps like Signal and Telegram saw exponential growth in their user base. Releasing this feature soon could help assure users that WhatsApp is a safe platform and it could even help restore some of the users it lost.