Finally, the wait is over for eager Pokemon trainers in Japan. Niantic has officially released Pokemon Go in Japan, today.  Pokemon will crowd the malls, train station, parks streets in Tokyo, Osaka, and other cities of Japan with trainers busy in pursuit to capture Pokemon, locate Pokestops, engage in teams’ Gym battles and more.

Trainers in Japan, thank you for being patient. Pokémon GO is now available to download in Japan!

With Pokemon Go’s latest release in Canada, twitter was flooded with requests for the official release of the game in Japan.

Trainers, only install Pokémon GO via the Play Store or App Store. Downloads from other sources may contain malware or viruses.

The Pokemon Go phenomenon which has taken over the world is no stranger to the Japanese. The original animation was created in 1996 by two Japanese scientists, Satoshi Tajiri and Ken Sugimori. It immediately became so popular that Japanese airline, All Nippon Airways, created Poke jets by painting and decorating their aircraft with Pokemon theme. Even the crew were dressed in Pokemon themed uniforms.  Since 1998, the airline converted their airplanes into Pokejets with the release of Pokemon movies and video games. 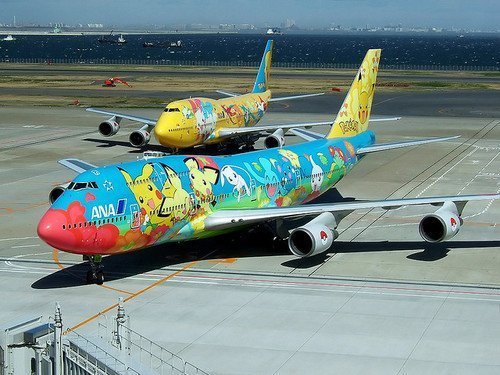 The delay for launch in Japan was because Niantic wanted to test potential technical issues by releasing the game gradually in different parts of the world. Since the game’s release in the USA, server issues resurfaced time and again due to a huge number of players. However, we have also witnessed a decrease in the time taken to fix server issues by Niantic. More importantly, dedicated players are still enjoying the game despite the issues.

Pokemon Go is available in the App Store and Google Play for free. Check out our Pokemon Go guide for tips and tricks to get started!

Save battery life while playing Pokemon Go with this setting