Apple released iOS 4.0.2 on Wednesday to fix the PDF security exploit because of which JailbreakMe was possible. Apple advised users to update to the latest firmware to avoid any risks but they left behind iPhone 2G and original iPod touch as these devices were neglected for this update. Although there aren’t many iPhone 2G users now but still they should have gotten the security update too. The jailbreak community is passionate about these things as Saurik has released a patch in Cydia for all iOS devices including the original iPhone and iPod touch. 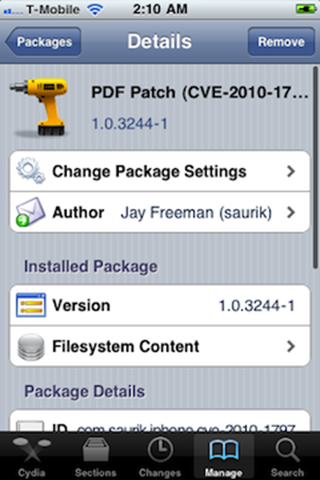 The patch is available though Cydia free of charge. The only thing that iOS 4.0.2 do is to remove the security flaw and now Cydia also does the same thing so there is hardly  a reason to update to iOS 4.0.2.

To install, just search for “PDF Patch” in Cydia. To test that it is working properly you can visit JailbreakMe, and when you slide to jailbreak you should no longer see a dialog box pop up, which means the bug is fixed.