Twitter has made it even easier to share your tweets across every social media platform available. On iOS, users will now be able to insert tweets into a Snapchat Story as a sticker. Previously, if someone wanted to share a tweet via Snapchat, they would have to take a screenshot and share it.

This is a big step because most of the major social platforms do not tend to play nice together, preferring to keep users within their own apps’ boundaries. However, tweets are shared almost everywhere, and it makes logical sense for Twitter to grow tweet sharing, with an official connection back to the app, which could help to drive more Snapchat users back to Twitter.

If you wish to share a tweet in a Snapchat Story, press the share button on a public tweet, and select the Snapchat icon. Then you can create a Story as you usually do, but the selected tweet will appear as a sticker in it.

Moving tweets to Instagram would be an even bigger integration for both social media giants. Instagram has not provided direct Twitter integration since it disabled Twitter card preview support in 2012, which makes it very difficult to share content between the two apps. Now, it seems that the two companies are joining hands. This could facilitate not just tweets in Stories stickers, but whole new integration options which could enable direct sharing of Instagram posts to Twitter as well. 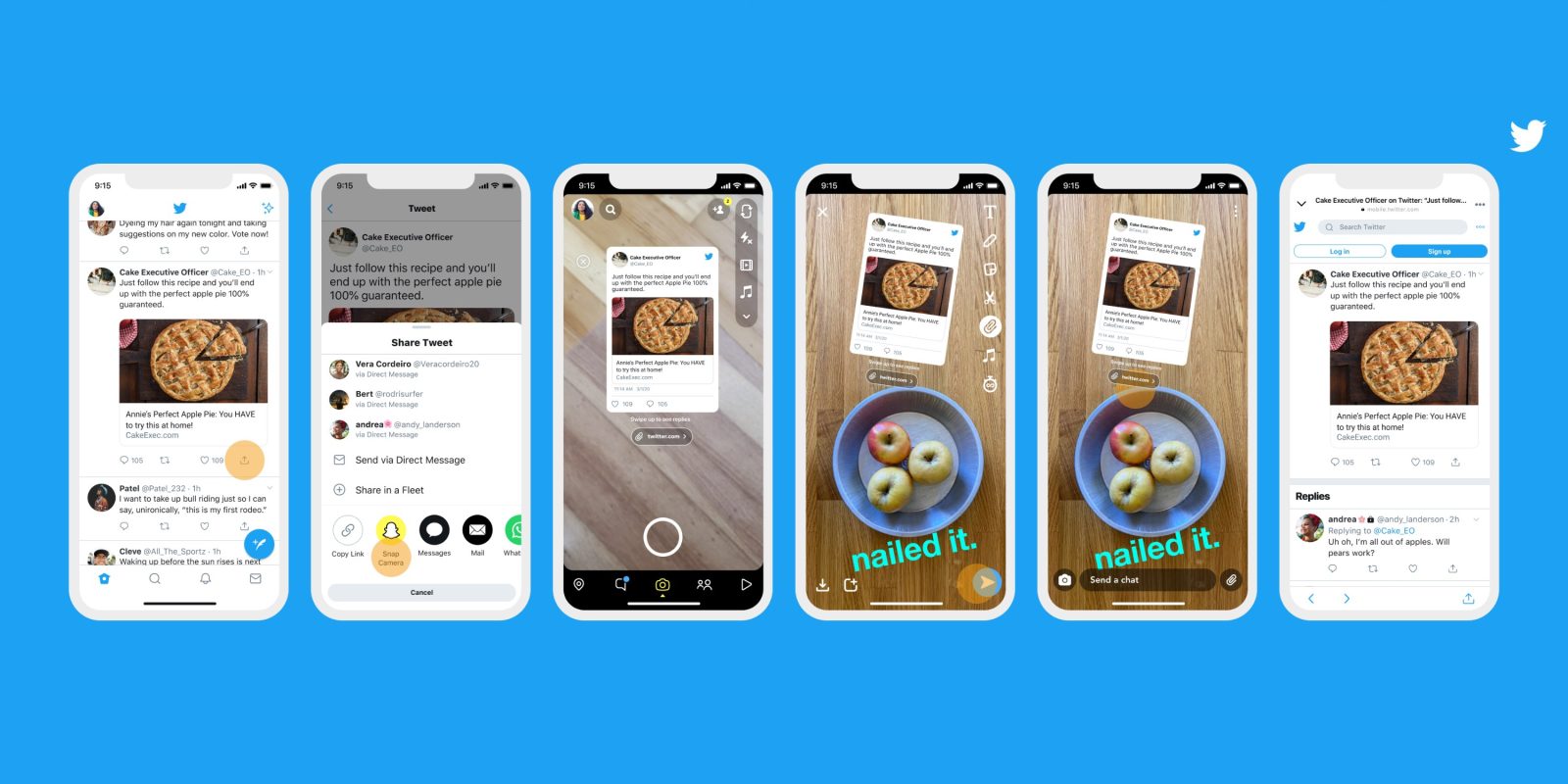 It may not be a highly effective growth strategy to keep users in each app from sharing with the other. Perhaps there was some benefit to this limitation in the earlier days, but now it seems that it is better for all apps to enable cross-connections as it will help to promote their content rather than people taking screenshots of Tweets and sharing them.

This is an interesting development in every way but for now, the option is only available on iOS with a limited group of users getting access to the Instagram sharing feature. An Android version of this feature will arrive soon.