Today, Twitter has released a new alert feature on its platform to contain the spread of misleading tweets. Now users will see a warning, “This is disputed” when they will like tweets with unverified or false information. Recently, the social media platform began labeling misleading tweets as a measure to stop fake news on its app, especially during the 2020 U.S Presidential Elections.

Misinformation, commonly known as fake news, sadly spreads faster on social media which can have serious implications like unverified information of COVID-19 treatments or causes resulted in the burning of 5G towers in the UK, attract on Chinese origins and other incidents. The platform implemented its misinformation policy so strictly that it even flagged some tweets of President Donald Trump as disputed. 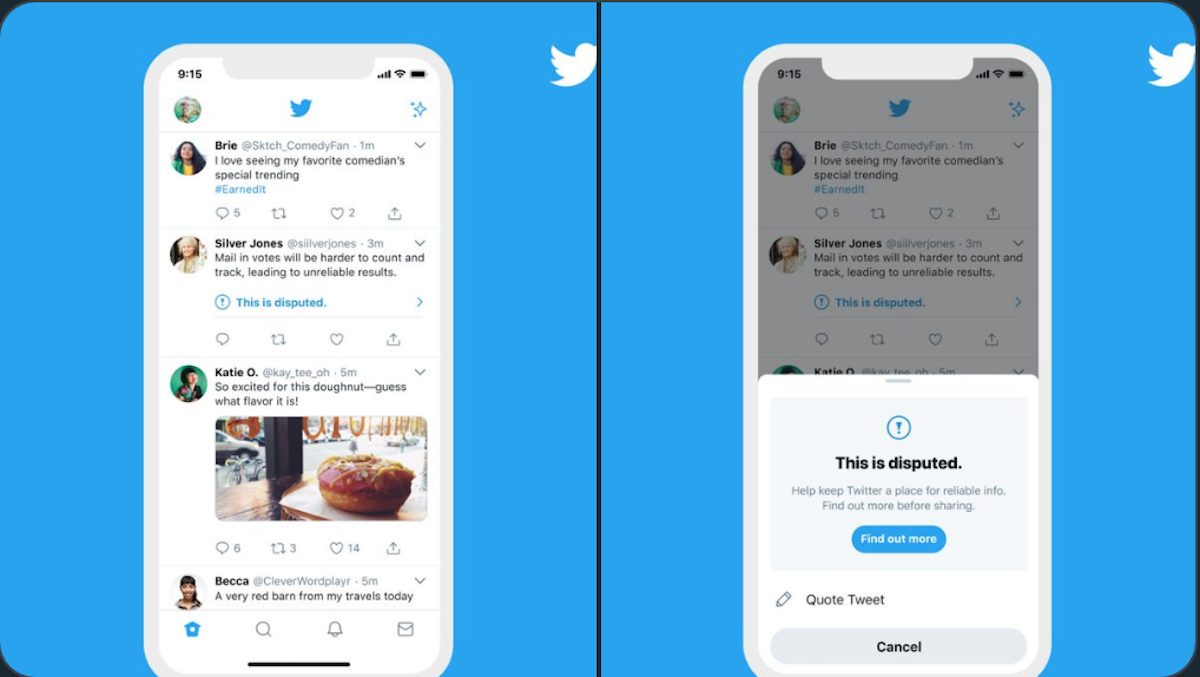 The new alerts warn users when they like a labeled tweet. Twitter will also describe why the shared content is misleading or false and show “credible information” about the shared topic. The feature is released after observing that ‘labeled tweets’ decreased the sharing of misleading information by 29%. Twitter Support page wrote,

Giving context on why a labeled Tweet is misleading under our election, COVID-19, and synthetic and manipulated media rules is vital. These prompts helped decrease Quote Tweets of misleading information by 29% so we’re expanding them to show when you tap to like a labeled Tweet.

Giving context on why a labeled Tweet is misleading under our election, COVID-19, and synthetic and manipulated media rules is vital.

These prompts helped decrease Quote Tweets of misleading information by 29% so we're expanding them to show when you tap to like a labeled Tweet. pic.twitter.com/WTK164nMfZ

The social media platform is consciously introducing measures to make it a safe place for interaction and communication. To curb cyberbullying and harassment, Twitter allowed users to restrict who could reply to their tweets and labeled tweets to stop misinformation which influenced the last U.S elections. The platform also tried to encourage users to wear masks to stay protected from COVID-19 to get an edit button.

It is reported that the new alert feature is rolling out on the web and iOS version of the app, and will be released on Andriod in the coming weeks. The app is available on iOS and Android for free and can be downloaded from the App Store and Google Play, respectively.