Twitter app for Mac has received a new update with support for macOS 11 Big Sur. The app has received some optimizations and compatibility updates for macOS Big Sur, along with a design refresh that makes it look right at home in the new operating system. The app also has a new icon, and optimizations to run natively on Apple Silicon, specifically the upcoming M1 MacBook Pro, MacBook Air, and Mac mini. 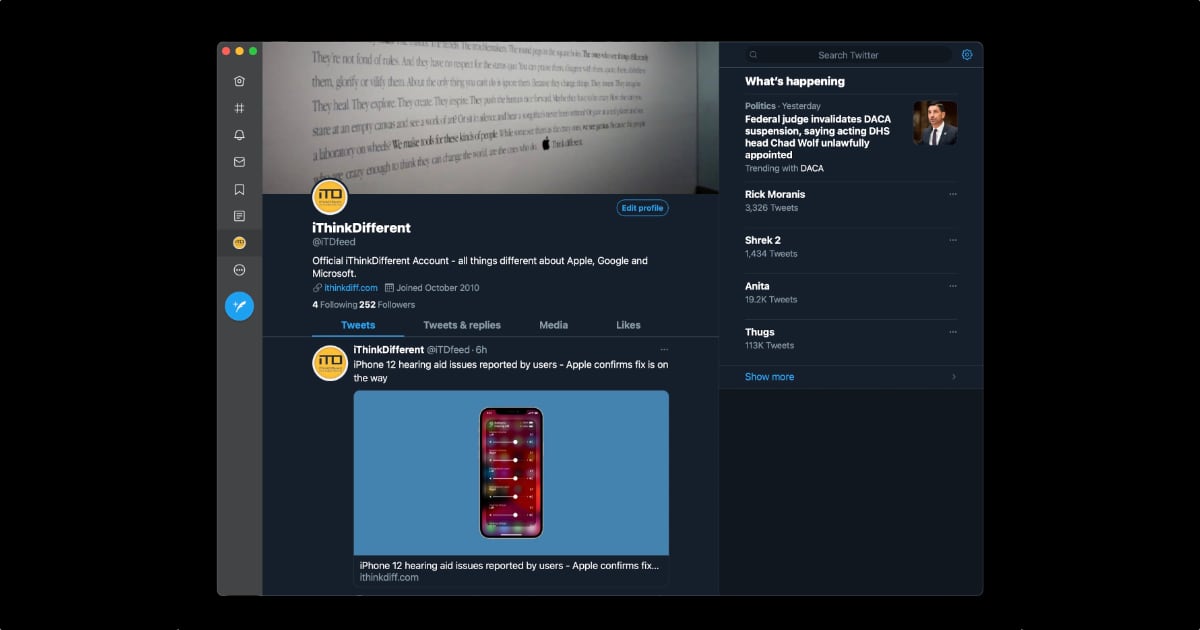 Unfortunately, Twitter did not provide any detailed release notes. They only hinted at support for macOS 11 in their Mac App Store listing.

So far, during usage we’ve noticed the following changes”:

Although iOS apps will work natively on M1 Macs, it is good to see that Twitter did not just switch to their mobile app and is actually putting in effort for a good native app user experience on Mac.

After using the app for some time, we can confirm that Twitter got its act together and finally put out a good app update for Mac. However, the scrolling feels odd in the Twitter app, despite being native. Scrolling in the timeline is not as smooth as it would feel if you use Twitter in Safari or Chrome, or as a progressive web app via Chrome. Tweetbot still has better scrolling than the official Twitter app, and we hope this is next on the developer’s list to improve.