CrossOver, the popular app that lets users run Windows apps and games on a Mac has been updated to version 20 with support for M1 Apple Silicon Macs.

CodeWeavers announced the new update on Twitter, sharing that 32-bit and 64-bit Windows apps and games could now work on the new Apple Silicon M1 Macs. The folks at CodeWeavers also credited the Rosetta team at Apple for their help with the update.

The folks at CodeWeavers shared some screenshots of Windows apps running in CrossOver on an M1 MacBook Air. The first was Quicken: 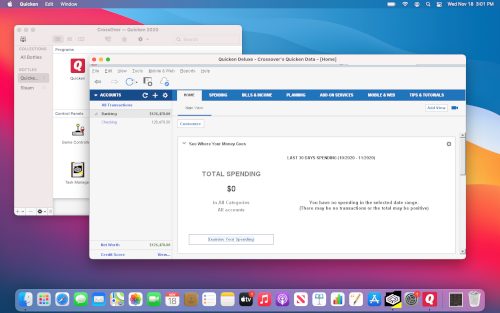 The second was Among Us: 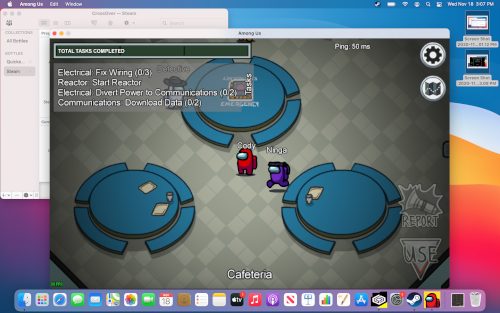 We have also learned from their announcement blog post that macOS Big Sur 11.1 beta contains some important fixes for Rosetta, which means that performance and compatibility in the upcoming update will be much better than it is in the current build that is available to all users.

Of course, there are multiple layers of emulation going on with the new CrossOver update. CrossOver uses Wine for x86 emulation on Mac but with the new ARM-based M1 chips, it is not only able to run 64-bi6 Windows apps, but it can also run 32-bit Windows apps, on an ARM chip which is already emulation x86. This is actual inception right here, which CodeWeavers also acknowledge.

That’s incredible when you consider that we’re on literally the cheapest Apple Silicon device you can buy – one that gets thermally throttled and is missing a GPU core.

I can’t tell you how cool that is; there is so much emulation going on under the covers. Imagine – a 32-bit Windows Intel binary, running in a 32-to-64 bridge in Wine / CrossOver on top of macOS, on an ARM CPU that is emulating x86 – and it works! This is just so cool.

Of course, not everything works perfectly. CodeWeavers shared a video of Windows-based Team Fortress 2 running on an Apple Silicon Mac. The performance was not perfect as there was some lag but the team says that they will continue working to improve CrossOver.