Users have been reporting problems with iPhone 12 hearing aid static and sound quality issues. The issue has been happening with Made for iPhone hearing aids, and Apple has confirmed that a fix is being worked and will be released soon. 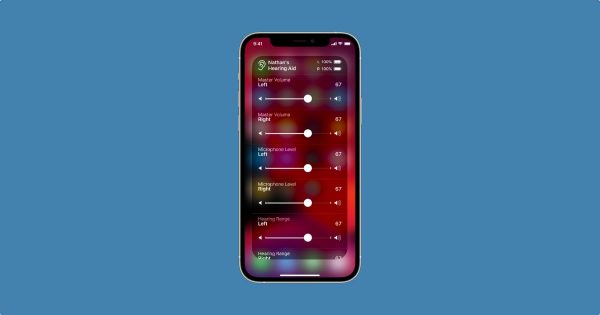 Apple takes its accessibility features in iOS and macOS very seriously. It has a number of features in iPhone that help users with limited vision or hearing to use the devices and even interact with the world around them. One of these accessibility features is support for Made for iPhone hearing aids. These hearing aids connect to iPhone via Bluetooth, and let users set multiple settings for various environments. Users can use quick shortcuts to switch between settings and adjust volume and microphone levels to suit their needs.

With all the new iPhone 12 models, users have been reporting issues with hearing aids. The heading aids have issues with garbled audio, unexpected loud noises, static and crackling sounds. The issue can happen with either just the left or right aid, or both sometimes. Users have reported that the issue lasts for 5 – 10 seconds at a time, and has been reportedly happening with aids from multiple manufacturers like Phonak, Resound, Oticon, and Widex.

Apple has created a new support page to address these concerns and confirmed that it is working on a fix for a future software update.

Make sure that you’re using the latest version of iOS.

Apple is aware of this issue and will provide a fix in a future software update.

The company has not confirmed when the fix will be released and with which software update. Apple is currently testing iOS 14.3 beta and it is possible that the fix might be part of the final release.