Its been just nearly a week since the launch of iPhone 4 and the issues with it are piling up every day! The two biggest issues that users have reported are signal reception issues and the other is that its ‘helicopter grade’ glass breaks if it falls from an average height. Several other issues have also been reported with it but we don’t think those are too serious. According to a report by Macworld, some iPhone 4 users have reported color oddities with photos taken with its back camera. The photos are perfect when taken in normal daylight but it has issues correctly capturing images in dim light with or without the LED flash. 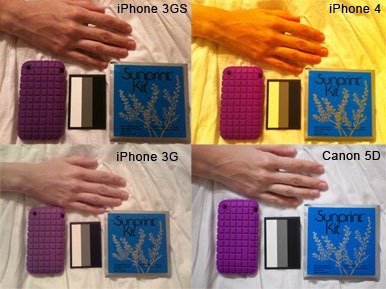 Apple hasn’t confirmed this issue neither have they responded to the emails of the guys who reported this problem. The report also mentioned that this is most likely a software issue and Apple can fix it with a software update.

We are not sure how many people are actually having this issue. It looks like only a small number of users are facing this problem that’s why it wasn’t highlighted before. Even then, we hope that Apple fixes this issue soon.

Or maybe Gizmodo needs to highlight this issue too?