The shared by the manufacturer at the conference reveal that the new 5nm process is designed to consume 30% less power and deliver 15% better performance than its predecessor, 7nm process. These numbers indicate that iPhone 12 will be a much faster smartphone than the current iPhone 11 which, itself, is an impressive device in terms of performance. 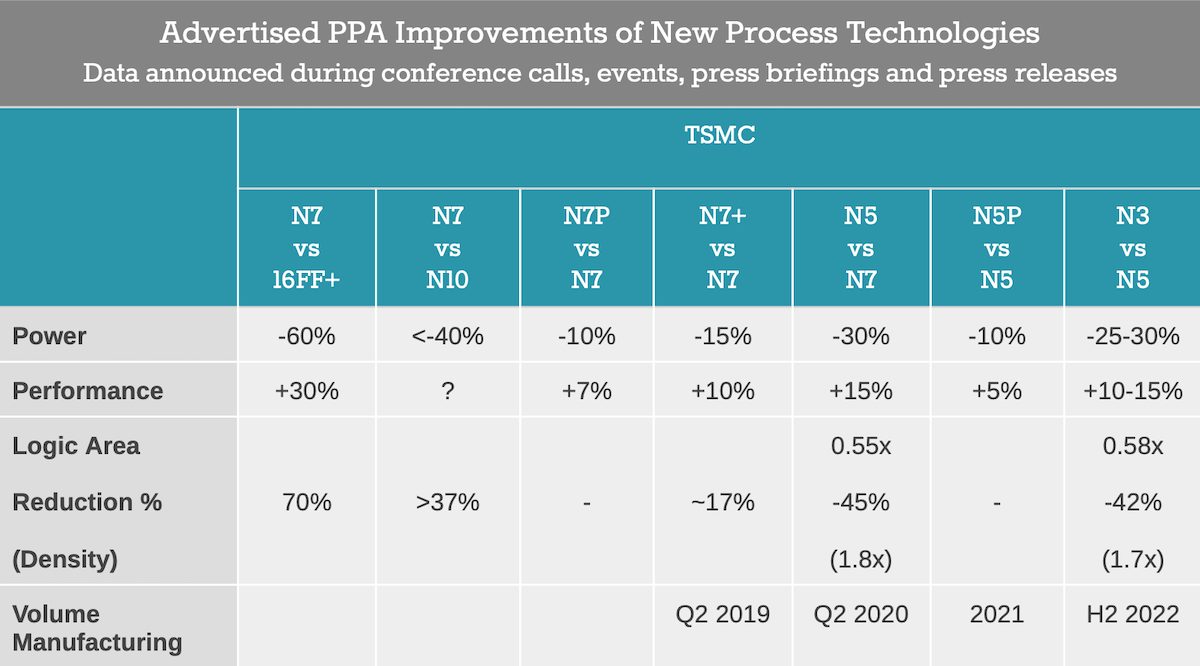 The web publisher explains that,

“Starting off with TSMC’s upcoming N5 process node which represents its 2nd generation deep-ultraviolet (DUV) and extreme-ultraviolet (EUV) process node after the rarely used N7+ node (Used by the Kirin 990 SoC for example). TSMC has been in mass production for several months now as we’re expecting silicon shipping to customers at this moment with consumer products shipping this year – Apple’s next-generation SoCs being the likely first candidates for the node.

TSMC details that N5 currently is progressing with defect densities one quarter ahead of N7, with the new node having better yields at the time of mass production than both their predecessor major nodes N7 and N10, with a projected defect density that’s supposed to continue to improve past the historic trends of the last two generations.”

As per the report, TSMC also elaborated on the future of the 3nm process likely to go in mass production in 2022. The much smaller 3nm will be much more faster and power-efficient than the 3nm which makes us excited for future devices to take performance to unprecedented heights.

After Apple confirmed delay in the launch by a few weeks, the new iPhone 12 is likely to release in October. The new flagship iPhone series is reported to have an edge-to-edge design, 5G network support, smaller notch, and much more.