After more violations, Twitter suspends President Trump’s personal account permanently, along with his team members “due to the risk of further incitement of violence.” The social media company took the decision after the U.S. President continued to use the platform to create a national divide by saying that he will not attend President-elect Joe Biden’s inauguration and address his supporters by saying that they “will have a GIANT VOICE long into the future.”

The personal Twitter account of President Trump was restored after a 12 hours suspension as a penalty for enticing the Capitol Hill riot on January 6, 2021. On the day when Congress was in session to confirm President-elect Joe Biden’s victory, President’s speech at the “Save America” rally, and the three subsequent tweets that day were responsible for the unfortunate event which followed. Enraged Trump supporters stormed the Capitol Hill building and vandalized it, shattered windows and doors, and stole documents, and items. The worst outcome of the unfortunate event was the loss of six lives. 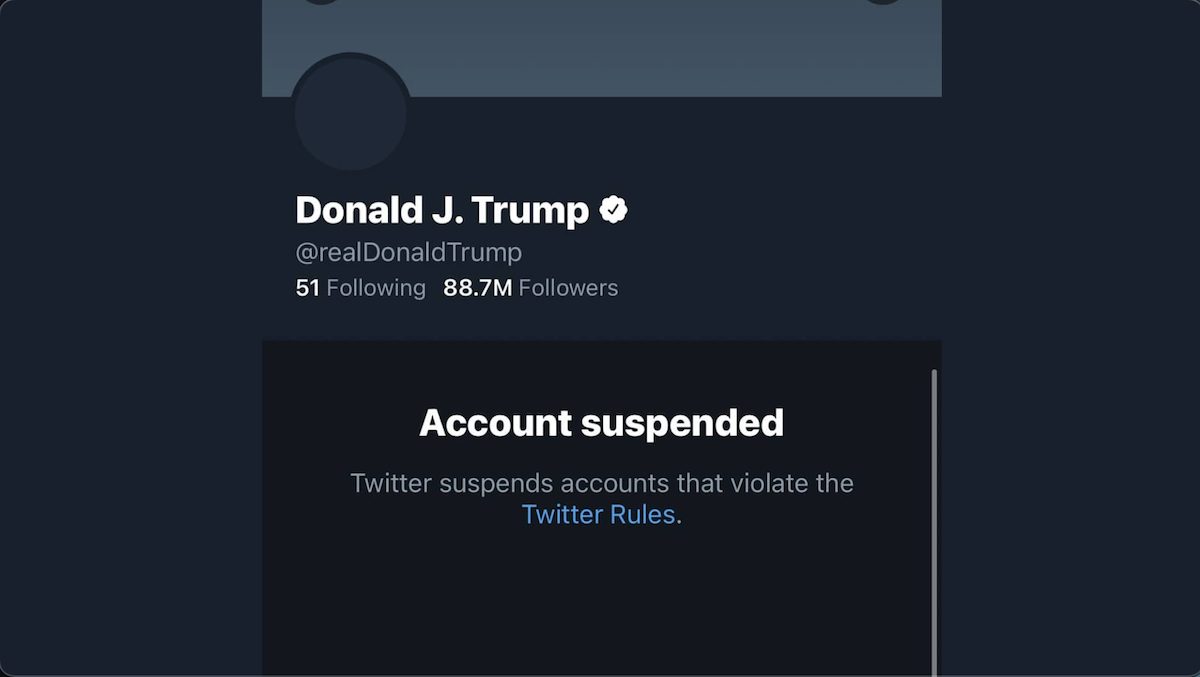 The U.S President’s personal Twitter account @realDonaldTrump has 88.7 million followers. Immediately after the recent tweets, Twitter released a statement stating that it, “determined that these Tweets are in violation of the Glorification of Violence Policy and the user @realDonaldTrump should be immediately permanently suspended from the service”.

After close review of recent Tweets from the @realDonaldTrump account and the context around them we have permanently suspended the account due to the risk of further incitement of violence.https://t.co/CBpE1I6j8Y

Prior to January 6 event, President Trump has been irresponsible with his words on Twitter several times before but due to his POTUS status, the company did not take any strict action. During the Black Lives Matter movement after the brutal murder of Geroge Floyd, he tweeted “when looting starts, shooting starts” when some miscreants began to steal and vandalize stores. He also did not condemn the Caucasian armed protesters against COVID-19 pandemic lockdown measures. And recently, President Trump has been using the platform to cast doubt over the credibility of the 2020 U.S elections and spreading conspiracy theories about the result.