WhatsApp is one of the most popular smartphone messaging apps in the world. Last year, they introduced the WhatsApp Web feature which allows users to use the service inside their browsers with a caveat: users must have the app installed and setup on their phone since the browser version needs to pair with it via a QR code to work. 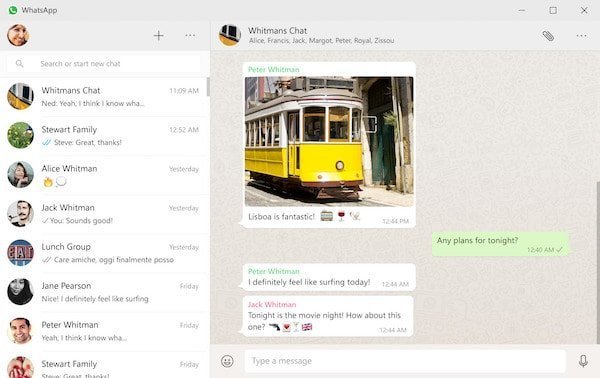 A lot of third party developers (such as WhatsMac) tried to wrap this functionality in a desktop app and combine it with native desktop features such as notifications, icons and so on. However, WhatsApp have finally stepped up and released their official versions of such apps for Windows and OS X.

The apps support native notifications, keyboard shortcuts and more. Users can share photos and videos, use the camera to take pictures and even share documents via the desktop app. Almost all the features of the smartphone app are availabile in this desktop extension of WhatsApp.

To use the app, simply download it from the link below, and pair it with your iPhone or Android version of WhatsApp by finding the ‘WhatsApp Web’ feature in its settings. Once you have scanned the QR code, you can start using the app as you would use it on your phone.