WhatsApp has been updated to version 2.21.140. The update makes it easy for uses to leave and join group calls, archive chats, redesigned calling interface that resembles FaceTime UI. Recently, the social messaging company announced the new group calls feature which allows up to 8 participants to join a video call on the app, and more importantly, users even can join a group call in the middle via the Calls tab of the app which lists all calls including the ongoing calls.

The new UI has the same FaceTime like a translucent menu at the bottom with call managing options. By swiping up the menu, users will be able to access more features like easily turning an individual audio call into a group call by tapping on the ‘Add people’ option in the UI. 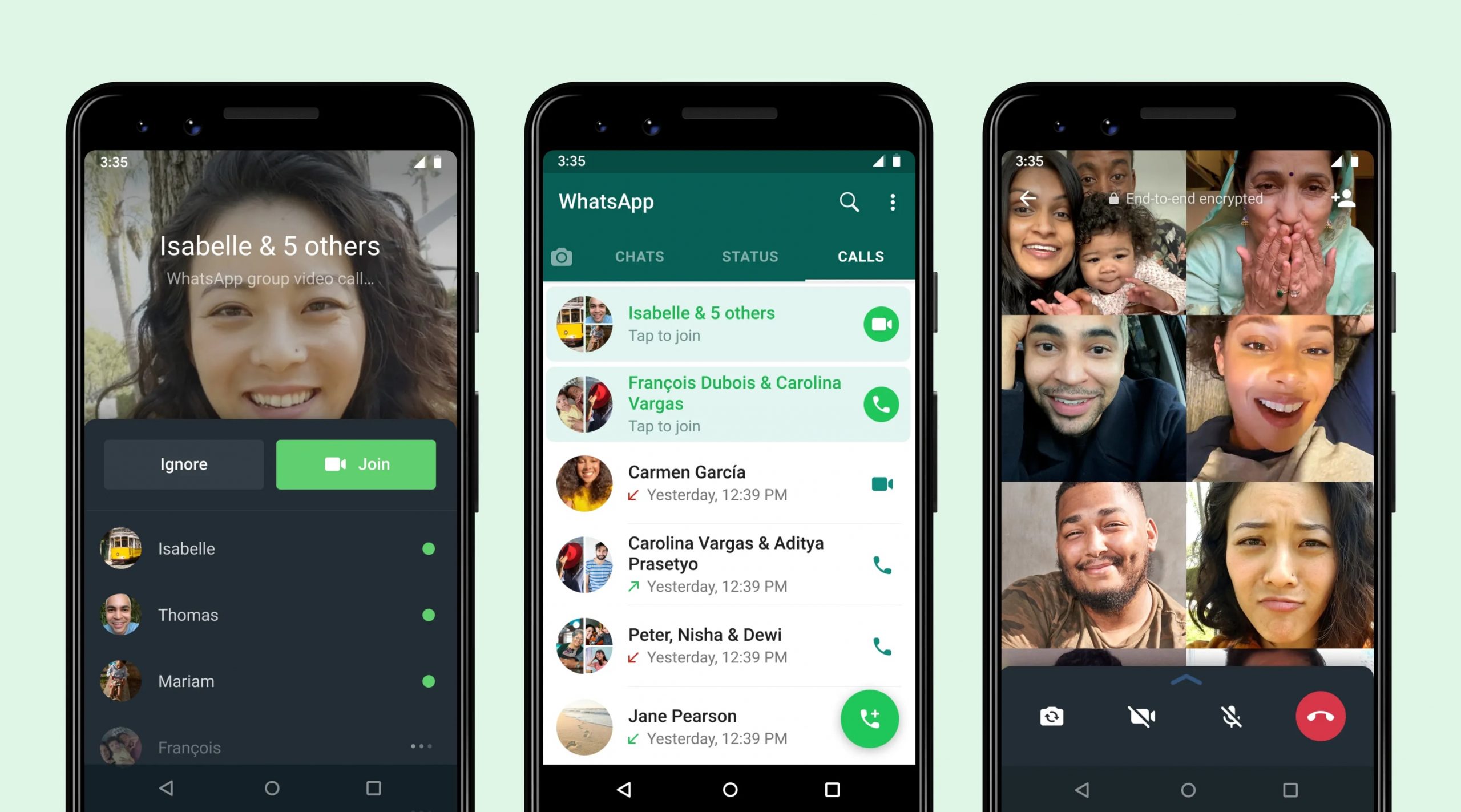 Having said that, the company did not mention the new call interface. All the features, new audio call interface, group calls, and archive chats, were discovered by Wabetainfo earlier during the latest update’s beta testing.

* You can now leave and rejoin group calls from the calls tab while they are ongoing.
* Archived chats will now stay archived and muted when new messages arrive. You can change the experience in Settings > Chats > Keep Chats Archived.
* Sticker suggestions help you find relevant stickers you have downloaded when composing a message.

The update is available on both iPhone and Android now.

WABetaInfo has also found that the company is testing a Snapchat-like feature called ‘View Once’ for its iOS app. The new feature would allow users to send pictures and videos that will disappear after being seen once. Unlike Snapchat, users will not be notified if someone takes a screenshot of their picture or video clips before they vanish. The app will notify the user that the recipient can take a screenshot of their message, so they should be careful about what they are sharing.

However, it was not mentioned how long will the sent media play for (how many seconds) and if WhatsApp users will be able to replay the sent media like on Snapchat.

An updated notifications feature was also found which detailed more information on a received message’s content in the Lock or Home screen notification banners like image, video, and more.