Several rumors are spreading around that this Wednesday could be a product release for Apple. It is being confirmed that Apple is having another overnight crew this Tuesday to setup new displays. It is still a bit unknown what this will be for, but we have some ideas. 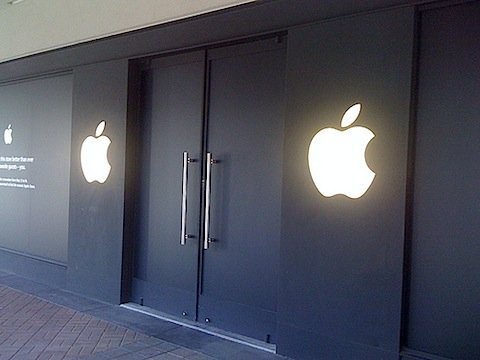 First, could the new MacBook Air’s be launching? Probably not likely, but we don’t want to count it out either. Several sources have said that Apple is still shipping the current generation stock to stores for the next couple weeks, which would be strange if they were launching a new product. Sources are saying June/July for this release, so even if it’s not this week, it will be soon.

Second, Apple will be setting up for their back to school promotion. This is also likely, considering this is the time frame for Apple to get this setup. It is also that time of year when parents and kids start to get ready for school, mostly college. And who doesn’t have a new MacBook on their list of things they need?

Lastly, it could be part of Apple’s plan to begin pulling software from their stores. This is in conjunction with the Lion release, and with Apple’s new reliance on the Mac App Store.

Whatever the case may be, it is fairly certain that some change will take place this Tuesday night, so we will just have to wait and see what Apple has planned this time. Stay tuned here for more updates.