In 2020, Apple acquired the popular weather forecasting app Dark Sky. And the Android version of the app was shut down but the iOS version was still available on App Store. However, the beloved Dark Sky weather app has been shut down by Apple, and it will be missed. 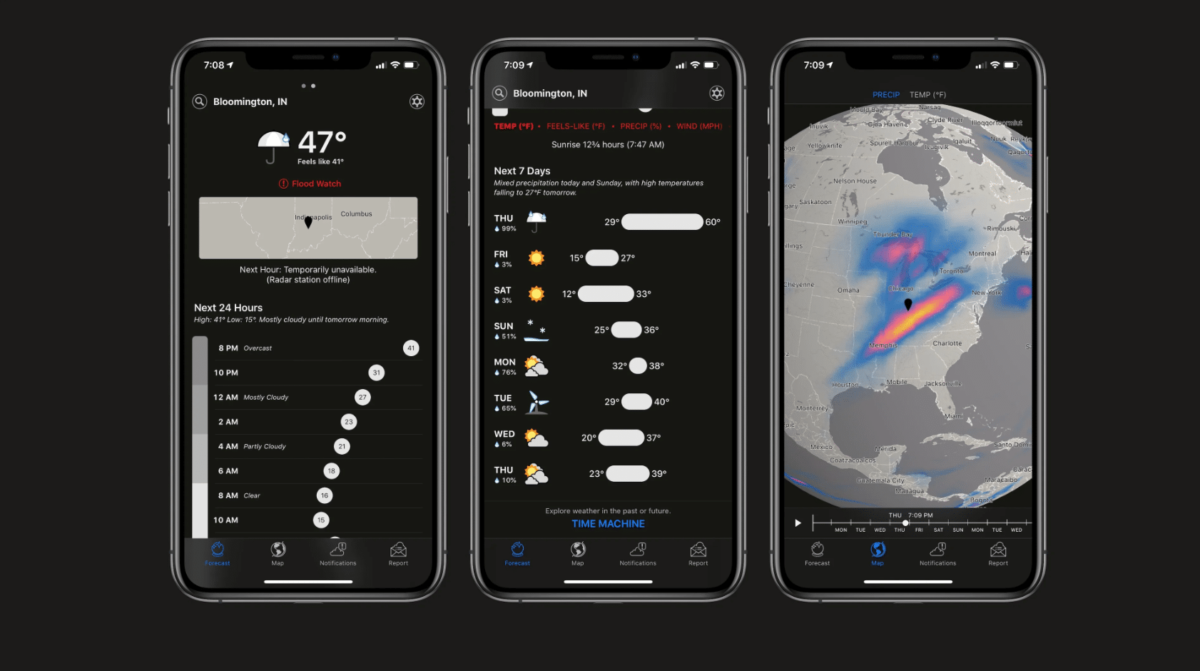 Apple earlier announced that they would shut down the Dark Sky app on January 1, 2023. The weather application was removed from the App Store in September 2022, however, now the app will stop functioning for existing users.

Apple revamped its Weather app‘s looks and the way it feels, and the key improvement is the weather prediction feature of Dark Sky. Apple Weather app now includes Dark Sky’s famous “rain starting in 8 minutes, ending in 23 minutes” type of notification. Although note that Weather offers this level of detail just like Dark Sky did, it’s no more or less accurate. And if you are in an area where Dark Sky was always wrong, Apple’s weather app will be too.

CARROT Weather is a powerful and privacy-conscious weather app that delivers hilariously twisted forecasts. It is the winner of Apple’s App of the Year, Apple Design Award, and App Store Editors’ Choice. In October, iOS 16.1 added Live Activities support for the Lock Screen and Dynamic Island on iPhone 14 Pro models only.

CARROT Weather is also offering its first-ever discount for new users who have Dark Sky installed on their iPhones. One-time-only of 25% off Premium Ultra during onboarding – $29.99/year ( with a 7-day free trial ) instead of $39.99/year.”

Carrot Weather is free, but certain features require subscriptions, which start at $14.99 and can go up to $29.99 per year.