Apple Music for Android has received a massive update which brings a number of new features including a revamped Listen Now tab, search improvements, playback enhancements with Autoplay and Crossfade, sharing to social media Stories, and improvements to app performance.

Apple Music for Android gets tons of updates

It might come as a surprise to most users, but Apple Music for Android is actually a well developed app from the company, despite being on a competitor’s platform. The app, originally launched in 2016, supports many features native to Android apps such as widgets, which are actually more functional than iOS 14’s widgets, and even Chromecast, which Music on iOS does not support. The app sports the same design language as its iOS counterpart, and with this new update, it has the same feature set as well.

If you have Android Auto in your car, Apple Music also works with it. It even has a better app for Android tablets than most other companies. 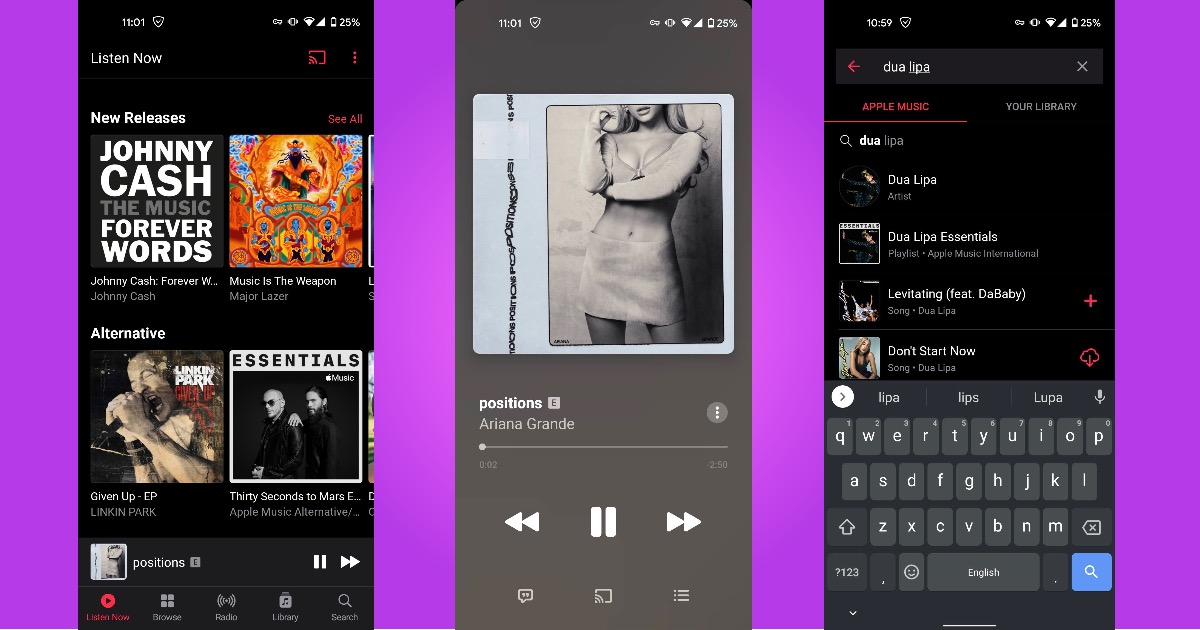 With the new updates, users can now experience the same new personalized Listen Now experience that has been on iOS for some time. Search improvements now provide better suggestions and filters. Users can also share the current song, artist or album that they are listening to on Instagram, Facebook or Snapchat Stores. Autoplay now allows users to continue listening to music similar to what they’re listening to, while Crossfade allows users to fade out and in between songs. Even iOS does not support Crossfade yet.

The update is now available for all compatible devices, with Android 5.0 or later, with its library of 60 million songs. If you have not used Apple Music yet, you can try the 3-month free trial available for new sign-ups. It even supports family sharing, so you and family members using other Android or Apple devices can use the same subscription plan with individual accounts.