Apple TV+ website has received a new design that resembles the design of its desktop counterpart for macOS, and iOS.

Although Apple TV app is available on a wide variety of platforms, including smart TVs, set-top boxes, and gaming consoles, it is strangely missing from two of the most popular operating systems in the world: Windows PCs and Android. The web app for Apple TV+ is available for such users who want to watch the company’s premium content that has been steadily gaining popularity. 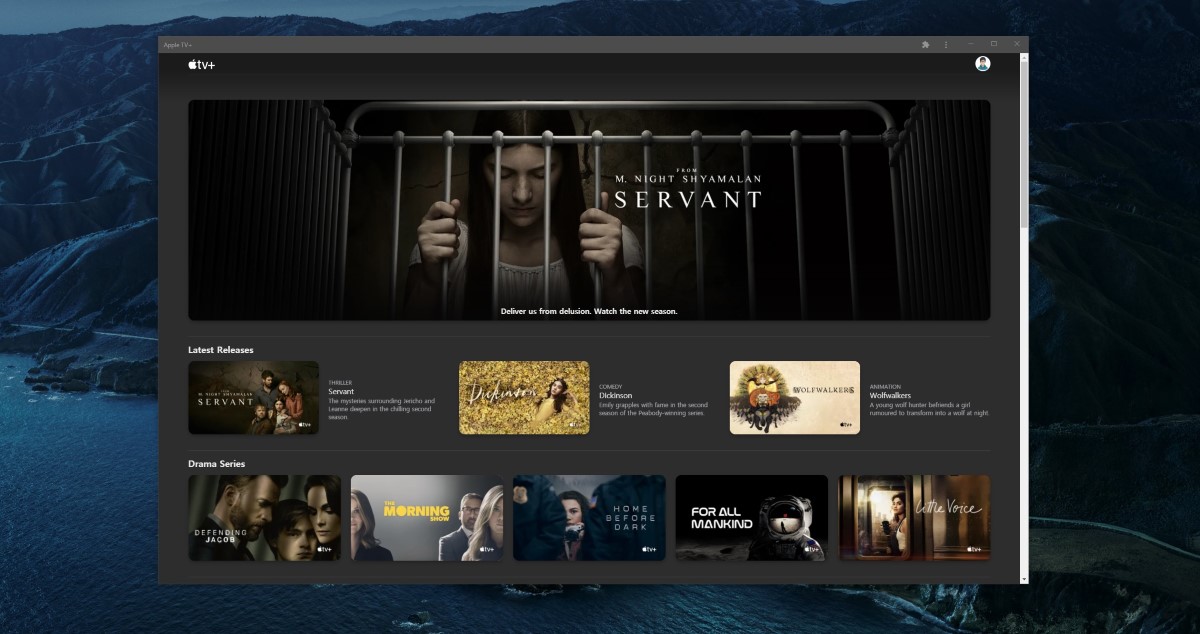 The previous Apple TV+ website design was severely bland and was lacking a lot of features. Although the new design is light years ahead, it still lacks a few critical features such as resuming content playback, search, and Up Next list. Apple has still kept the video player unchanged, which means that there are is not thumbnail view during timeline scrubbing. Movie and TV show details pages are also the same, but there is not much to complain about there, except for resume and add to queue features.

The best thing about the new redesign is that it resembles the design of Apple TV app on iOS, specifically, iPad, and macOS. It has been reported that Apple is actively working on an Apple TV app for Windows, which will be available in Microsoft Store, along with Music and Podcasts apps, however, there is no official confirmation on these reports. The company had recently released its Apple TV app for Xbox, which was a step in the right direction.

In an effort to further increase the user base of its services, Apple should release its Music, TV, and Podcasts apps for Windows PCs and Android. The last thing anybody wants to use is the old and bloated iTunes app on Windows.