Here are all the new features in Apple Watch Series 7. 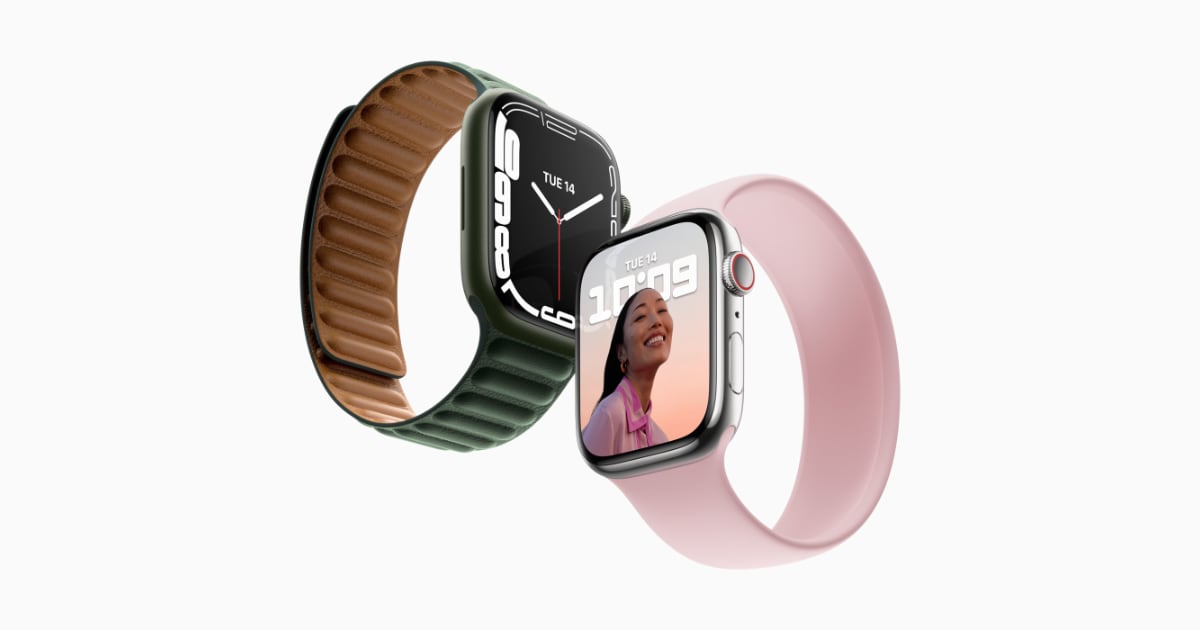 Apple Watch Series 7 features a slightly tweaked design with software and more rounded corners. The edges of the display are refractive and make the screen blend seamlessly with the curvature of the case, even more than before.

The Watch is also available in five new aluminum colors which include midnight, starlight, green, and a new blue and (PRODUCT)RED, along with new watch bands.

A full keyboard is also included with support for both tap or swipe input using QuickPath and on-device machine learning. There are also two new watch faces: Contour and Modular Duo, the latter of which supports two large data-rich complications.

The display also features a new crack-resistant front crystal that is 50 percent thicker than before, allowing for more protection. The Watch is also IP6X certified for dusty environments, while it continues to feature water resistance for swimming, rated at WR50.

Apple Watch Series 7 supports 33% faster charging than Series 6, thanks to revamped charging architecture and Magnetic Fast Charger USB-C Cable. It now takes 45 minutes to charge from 0 to 80%, while 8 minutes of charge provide 8 hours of sleep tracking.

Apple Watch Series 7 will ship with new watch bands that will complement the new models, while it will also be backward compatible with previous watch bands, despite the increase in display size.

Apple Watch Series 7 will be available this fall, however, a specific launch date has not been announced probably due to production issues. The Watch will start from $399.