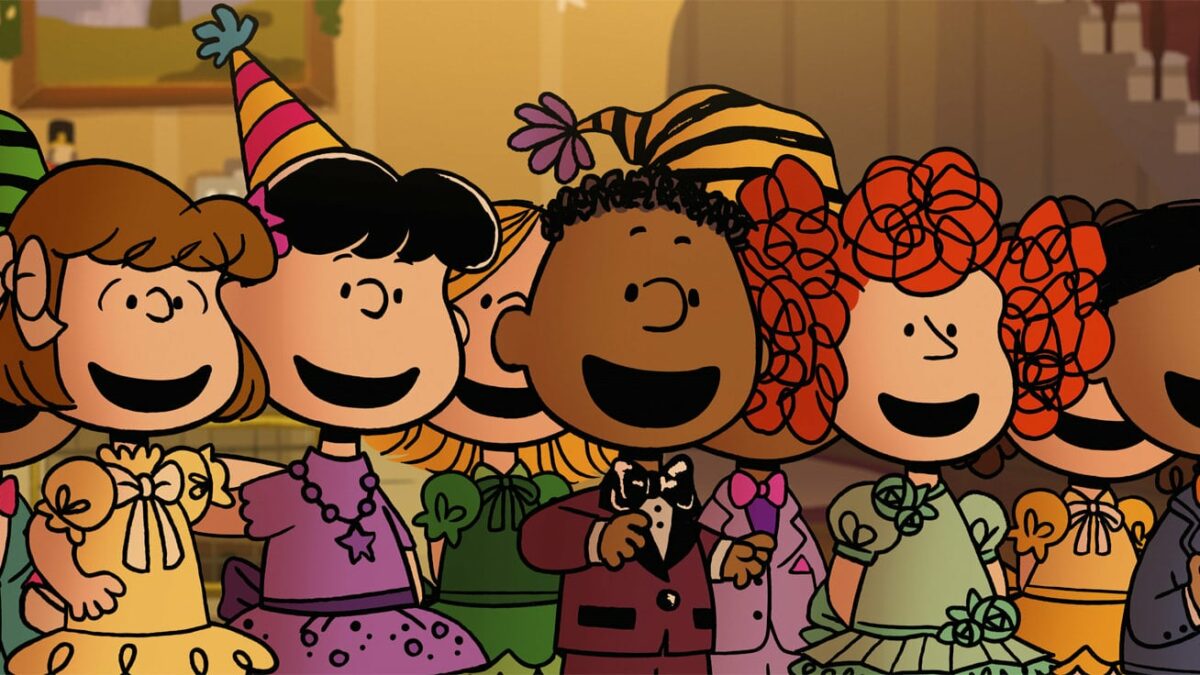 “For Auld Lang Syne” has been streaming on Apple’s streaming service since December 10, 2021. Now, the company has released a short lyric video to promote it. The two-minute video includes clips from the full show but is largely a brand-new animation.

Rather than a regular lyric video featuring text on a plain or animated background, the Cupertino tech giant animated the words which were paired with unique drawn sequences featuring the “Charlie Brown” characters singing.

“Snoopy Presents For Auld Lang Syne” is the first new original holiday special to be made under Apple’s partnership with WildBrain, Peanuts Worldwide, and Lee Mendelson Film Productions.

Along with the new holiday special, Apple TV+ also features all Peanuts specials, including A Charlie Brown Christmas. Subscribers can also stream The Snoopy Show, which follows “the world’s most famous Beagle, and his best bud, Woodstock” as they go on adventures with the rest of the Peanuts gang.

To watch all Peanuts content, viewers will need a subscription to Apple’s streaming service. For $4.99 per month, Apple TV+ is available on iPhone, iPad, iPod touch, Mac, Apple TV via the Apple TV app.