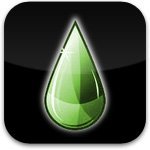 We now have enough evidence to conclude that the recent rumor for return of GeoHot with Limera1n jailbreak is actually true. What now appears to be confirmed is that on October 11, 2010 i.e Monday, GeoHot is set to release his Limera1n jailbreak for iOS4.1 devices which is just one day after Greenpois0n jailbreak’s ETA as announced by the Chronic Dev Team earlier.

Limera1n is the last thing GeoHot revealed to the public before leaving the jailbreak scene a few months ago. Now he looks set to make a return once again with his Limera1n jailbreak which is, like Greenpois0n, also a bootrom exploit to jailbreak the iOS4.1 devices including the iPhone 4, iPhone 3G / 3GS and iPod Touch 4G / 3G & 2G as well.

The above information has already been confirmed by the Chronic Dev Team member MuscleNerd and other reputable sources of the jailbreak scene. However coming up with a new bootrom exploit the very next day of Greenpois0n release, would simply waste another bootrom exploit which would most likely be patched as well in one single hardware revision by Apple. Below are some tweets highlighted from some of the key members of jailbreak community regarding this scenerio:

“yes, the news about geohot is true, the day after we release ETA he decides he wants a piece of the #pie”

“and yes it is a different bootrom exploit, he wants us to use it in GP, but there’s no way we’ll make our ETA if we do”

“We are not changing our release date. If we can implement @geohots before 10/10 we will use that, otherwise we’re using ours. #roadblocks”

“heh, geohot confirmed he only decided to work on limera1n when he found out we released an ETA”

“As dramatic as geohot’s last-minute all-device JB is, still a shame that two bootrom holes will be burned at once.”

“Apple will fix them both in same bootrom respin (it will actually save Apple money too!)”

“Note: greenpois0n will be released as planned. if someone decides to burn a different perfectly good exploit, that is entirely on them.”

“We are currently working the “situation” out. Don’t worry, you’ll still get the jailbreak in the end, nothing to be concerned about.”

“but if it works for 3gs why not, alot of ppl need a jailbreak for there 3GS, and there’s more 3GS than i4?”

“because his different exploit can be saved for new iphone / ipad / ipod, AND 3G S, you’d just have to wait a little longer”

“Reminder: the limerain thing is also tethered, so the pwned for life bit is only for a tethered jailbreak. both limerain and greenpoison are using the same userland exploit to untether on 4.1 only.”

Well, for now lets just keep our fingers crossed and hope the two sides come to their senses and make a wise decision in the end since we all for sure DO NOT want Apple to patch two precious bootrom exploits in a single hardware revision. What do you think? Feel free to share your thoughts in the comments below!