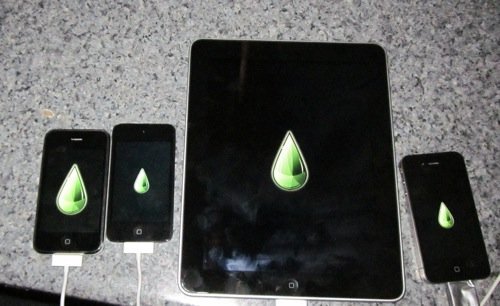 What seems rather confusing up to this point is the return of Geohot, the genius who left the jailbreak scene a little while back, releasing a new jailbreak tool himself which is apparently named as “Limera1n”. It is rumored to be dropping on 10/11/10 (11th October) which is one day after the ETA given for Greenpois0n, and also the release date of Geohot’s acclaimed “Blackra1n” jailbreak tool.

The above image and all this sudden hype regarding Geohot’s return might be nothing but fake but one of our most reliable sources @StealthBravo has tweeted moments ago:

geohot’s return is no joke.  He is back and is going to release limera1n unless someone talks him out of it 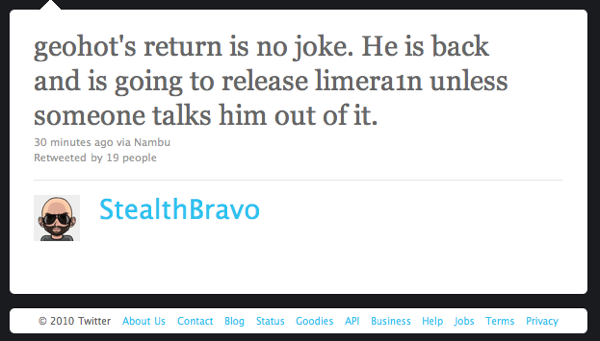 My source for limera1n is geohot himself.  This isn’t some fake read it on a blog BS.

Yes limera1n works on all devices