Pangu Team seems to be back in action as they have demoed a new jailbreak for iOS 10.3.1 at the JANUS mobile security conference. The team showed off an iPhone 7 running the Pangu jailbreak tool and Cydia in working condition. 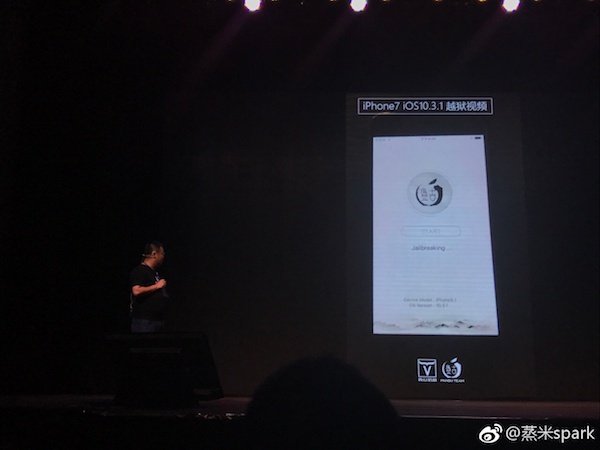 The last working jailbreak released by Pangu was for iOS 9.2 – 9.3.3 for 64-bit iOS devices only. Once Apple released iOS 9.3.4 to close the exploits used by Pangu, there has been radio silence on new jailbreaks from the team. Pangu had demoed an iOS 10 jailbreak last year at MOSEC but it was never released to the public. Popular hacker iH8sn0w had also shown off Cydia running on iOS 10 but it wasn’t made public.

Publicly released jailbreak tools have been in the form of Yalu + mach_portal for some iOS 10.1.1 devices and yalu102 for iOS 10.2 which was for 64-bit devices except iPhone 7.

Pangu Team has not made any official announcements on any release date but it is highly expected that it might be released as soon as next week. As per the rumor mill, the jailbreak will be available for all 64-bit iOS 10.3 – 10.3.1 devices and will not be an un-tethered* jailbreak. It will likely be a semi-tethered or completely tethered jailbreak since untethered jailbreaks are hard to come by now thanks to the new challenges in place by Apple via their new file system, APFS, which was introduced in iOS 10.3

This also means that you should avoid updating to any new iOS release for now, whether big or small, to ensure that you stay on iOS 10.3.3 which will be compatible with Pangu’s jailbreak.

Let’s not forget that iOS 10.3.2 is currently available as a preview for developer and public beta testers. If Pangu releases a jailbreak right now, it is possible that Apple will quickly patch the exploit once 10.3.2 exits beta. This could potentially restart the waiting game for another new exploit, given that a major new beta release is coming soon in the form of iOS 11, expected in June at WWDC.

* An un-tethered jailbreak means that you do not have to re-jailbreak your iOS device using your PC or Mac, every time you reboot it.