Apple released beta 3 of iOS 4.1 just a few days ago and according to MacRumors it has strong evidence that the company is planning to release FaceTime calling functionality to devices other than iPhone 4. Definitely, devices would need to have a front facing camera for FaceTime but many rumors have already shown that a front facing camera would be in the next generation iPod touch and iPad . MacRumors has found out that thje new iOS “Contacts” application has the option to make FaceTime calls using a phone number or email address which shows that Apple will soon allow FaceTime capability on devices other than the iPhone 4. 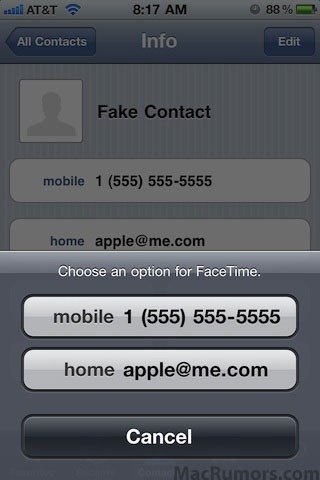 This is not the first time that we are hearing about FaceTime coming to  devices other than iPhone 4 as last month BGR had also found some evidence that FaceTime would come in other devices and it would use either email address or Apple ID for calling.