It’s getting difficult to keep up with all the jailbreak videos and pictures nowadays. George Hotz, the jailbreak wonder kid, has jailbroken the iPad using blackra1n, which was originally developed as the easiest jailbreak solution for iPhone and iPod Touch. 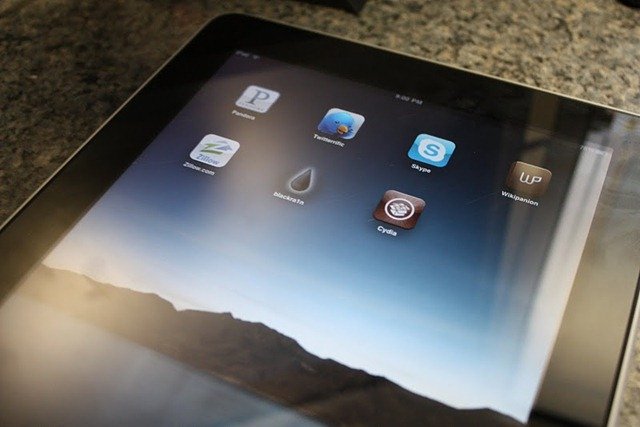 The picture that George Hotz posted on Twitter (and later on his blog) shows the iPad in verbose mode, which is what goes on when the iPad boots and you see the Apple logo. This means that he has gained root access on the iPad. Not to forget, George had already posted the decryption keys for iPad OS 3.2 on his blog 2 days ago. The image also shows Cydia and blackra1n installed on the iPad. His post titled ‘I make it ra1n on them…iPads’, actually hints that he’s working on an update to blackra1n for iPad, which is excellent news for all iPad owners ( and those who’re waiting for their iPads to arrive, like me!).

Lets see who is first to release an iPad jailbreak to the public, George Hotz, Dev Team, iH8sn0w, GreenPois0n or Comex’ Spirit Userland jailbreak. Interesting times up ahead!

Update: Comex posted a picture on Twitter of ProSwitcher Multifl0w in action on the iPad 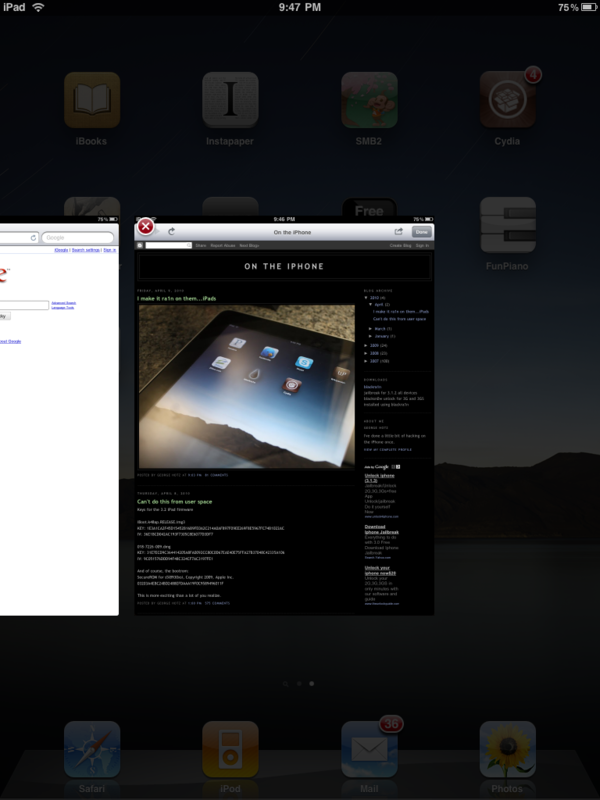 Update 2: Engadget has posted a video of the jailbroken iPad in action.

[hattip to Taimur from Redmond Pie]