iH8sn0w has mentioned on Twitter that he has already began working on a jailbreak for iPhone OS 4 beta. He has been posting decryption keys for iPhone OS 4 for iPhone 3G and iPod Touch 2G on Twitter. No release or any other information has been announced yet, but this comes as good news for all those eager to try out the next generation iPhone OS by Apple. 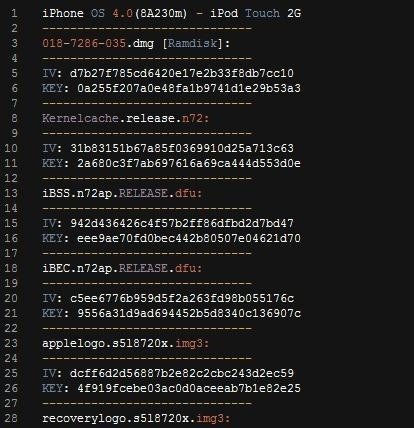 ih8sn0w is behind popular jailbreaking tools such as sn0wbreeze and f0recast. Considering that iPhone OS 4 beta has been leaked in the wild, most users are anxiously waiting for an unlock and jailbreak before they can try it out.

As soon as there is a solution, we’ll update you. Stay tuned!

Check out our complete coverage of iPhone 4:

Interruptions will not exit your games in iPhone OS 4

Multitasking comes to iPhone 4! Here’s all you need to know:

iBooks app would also be available for iPhone and iPod touch

iPhone OS 4.0 will be revealed today – Here’s how you can follow the live coverage