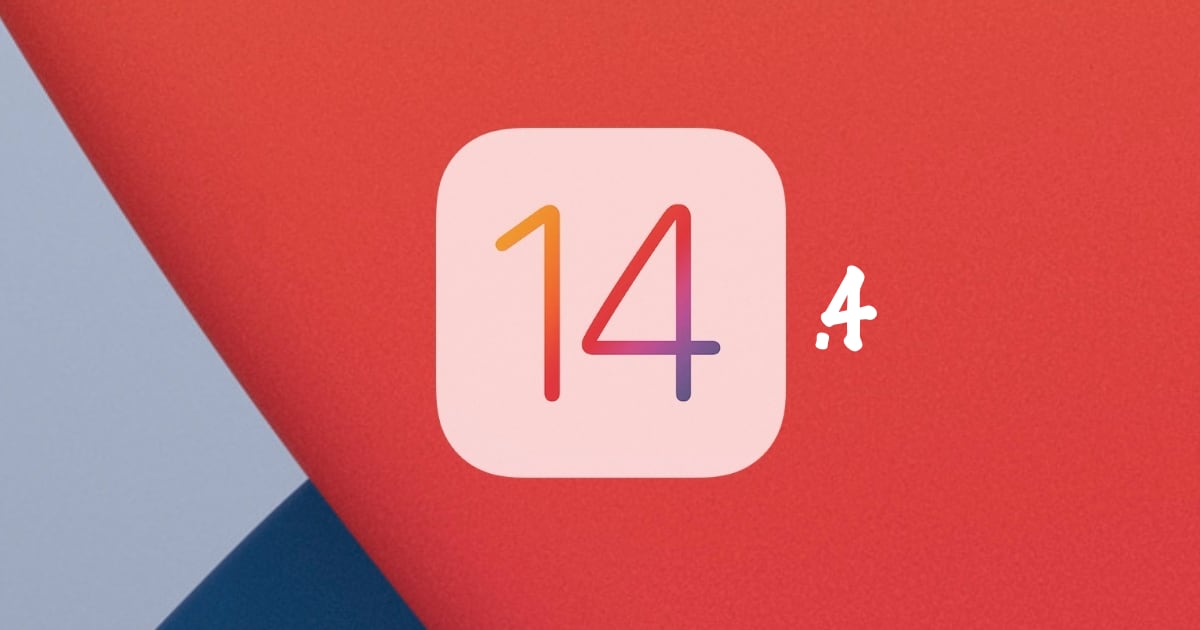 January 13: The second developer betas for iOS 14.4 and iPadOS 14.4 are now available. The public betas were also released shortly after.

Here is the complete changelog for iOS 14.4 RC:

iOS 14.4 includes the following improvements for your ‌iPhone‌:
– Smaller QR codes can be recognized by Camera
– Option to classify Bluetooth device type in Settings for correct identification of headphones for audio notifications
– Notifications for when the camera on your ‌iPhone‌ is unable to be verified as a new, genuine Apple camera in ‌iPhone 12‌, iPhone 12 mini, iPhone 12 Pro and iPhone 12 Pro Max

This release also fixes the following issues:
– Image artifacts could appear in HDR photos taken with ‌iPhone 12 Pro‌
– Fitness widget may not display updated Activity data
– Typing may be delayed and word suggestions may not appear in the keyboard
– The keyboard may not come up in the correct language in Messages
– Audio stories from the News app in CarPlay may not resume after being paused for spoken directions or Siri
– Enabling Switch Control in Accessibility may prevent phone calls from being answered from the Lock Screen

Release notes do not mention anything new, however, we will update this section as we find any new changes.

However, users have dug around and found a few new features in this beta, which are not mentioned in the release notes. The first is the inclusion of a new user handoff UI to HomePod mini via its U1 Ultra wideband chip, which works with HomePod beta update. It’s very buggy at the moment so not something worth upgrading to the beta for.

iOS 14.4 beta 1 adds HomePod mini’s new U1 chip UI and features from the keynote (with HomePod beta too) from iOSBeta

The second change has been discovered in Shortcuts. You can now disable Perspective Zoom when setting a wallpaper from the Shortcuts action.

So far, this beta does not feature Dual SIM 5G support, which Apple had announced that it will release in a future iOS 14 update.

If you already had a developer beta profile installed on your iPhone or iPad, you can simply go to Settings > General > Software Update, and the new update will show up for download.

If you want to download iOS 14.4 beta for the first time, you would need to register with Apple Developer Center which costs $99/year. However, if you wait for a few days, Apple will release a public beta, which can be downloaded for free by signing up with Apple’s Beta Software Program.