New images surfaced on Chinese social media platform Weibo over the weekend which show the alleged display panels for Apple’s upcoming iPhone 12. The images also briefly appeared on Slashleaks before being taken down on Monday.

The newest set of rumored live images of the 5.4-inch iPhone 12 comes from a Chinese social media site Weibo. The images show the display panel of the upcoming flagship model. The photos seem to portray many full rows of smartphone displays from an assembly line.

At first glance, the smartphone panels look strikingly similar to the current-generation iPhone 11. Both smartphone panels seemingly have the same notch size. However, there is a significant change in the screen to bezel ratio in the images so this could just be the pre-assembly form of the iPhone 12 model. 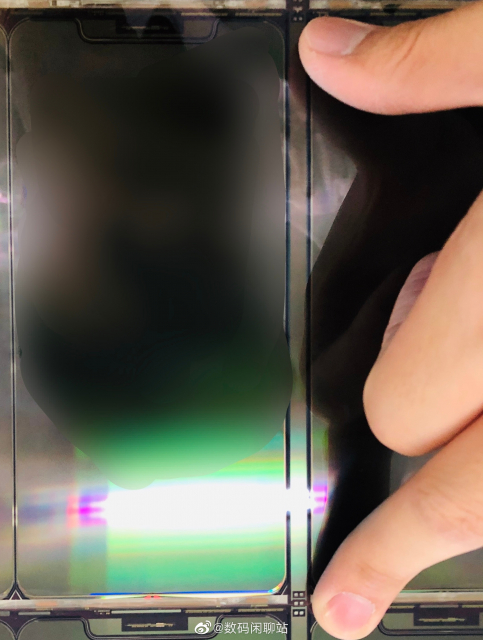 It is not immediately clear from the images which size of ‌the iPhone 12‌ variant are these panels meant for. Weibo blogger Digital Chat Station alleges they are for the 5.4-inch model.

Apple’s most recent flagship smartphone is expected to launch this fall with 5G connectivity support. There will be four iPhones in the upcoming line-up with 5.4-, 6.1-, and 6.7-inch models according to some leaked images of dummy units. Moreover, it is rumored that the rear triple-camera system on the high-end iPhone 12 models will include a LiDAR scanner, OLED display, and 120Hz ProMotion refresh rate.

According to Bloomberg, at least two of the high-end iPhones in the upcoming lineup will feature a new design with flat, stainless steel edges instead of curved edges, like the iPad Pro models.

The Wall Street Journal has reported that Apple plans to launch its iPhone 12 line up in September 2020. Meanwhile, Apple supplier Broadcom believes that the new iPhone models will be delayed for a few weeks and will launch later in the fall.