With iOS 15, users can finally mark specific people, dates, locations, and holidays for Photos to suggest less often as featured images in Memories, widgets, and more. This is a great feature if you want to avoid certain subjects from your library but you do not want to permanently delete the images. 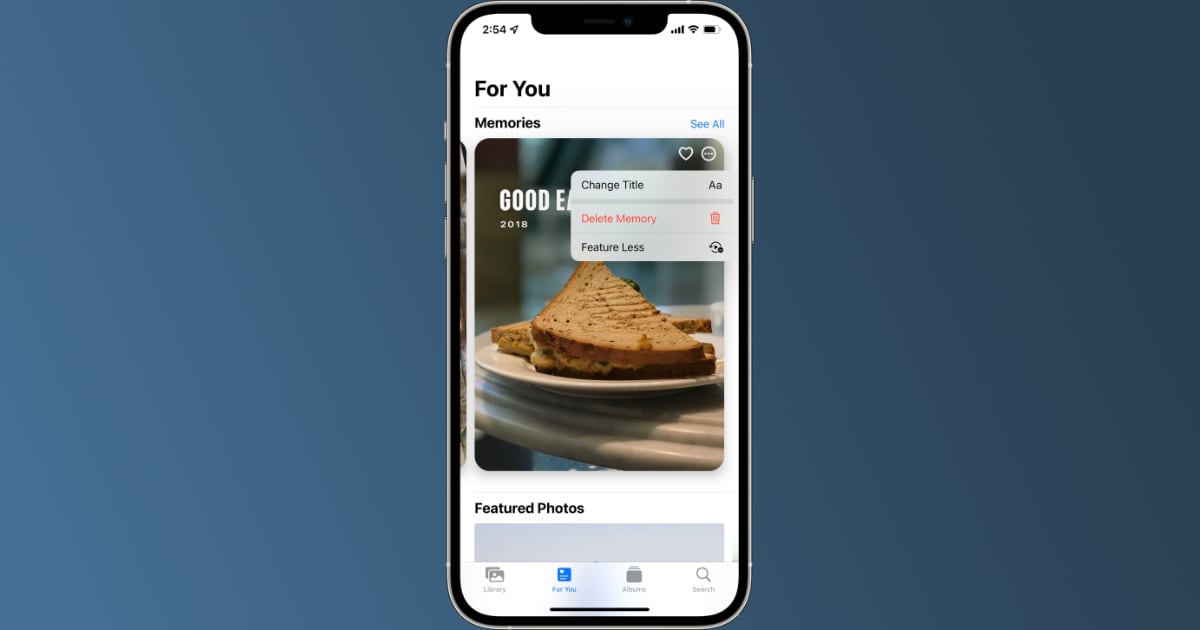 The option is already available in beta 1 of Apple’s new operating system. To access it, tap the options icon on a featured image or collection of images. You should see a new Feature Less action. Once you confirm the action, Photos will instantly remove the image where it is currently featured. The app will also use the data to make sure the subject is no longer highlighted in the feature. The feature works for people, dates, locations, and holidays.

The good thing about this feature is that it will not remove any images from your All Photos section in Photos. Instead, your iPhone will ensure you are no longer shown the Feature Less images or collections in your Libary,  the Photos widget, Memories, and the Featured Photos section.

Note that currently there is no way to reverse the Feature Less option in Photos. But, you can reset suggested people and memories in the Photos section of the native Settings app.

Apple recently announced iOS 15 at WWDC 2021 with a number of major new features for FaceTime, Messages, Maps, Notifications, Weather, Wallet, Safari, Health, and more. A new feature called Focus is also part of this release which aims to make the smartphone user experience more intuitive. Apple has also introduced new improvements such as on-device intelligence, advanced Spotlight search, and improvements to Siri in this update.