Images of an alleged mold of the rumored iPad mini 6 show that the mini-tablet line has received major uphaul since its release in 2012. As per posted images by the 6th generation iPad mini will have a flat edge-to-edge design like the iPad Pro, thinner bezels and a Touch ID power button. Such molds are used by accessories manufacturers to produce case covers for upcoming devices. 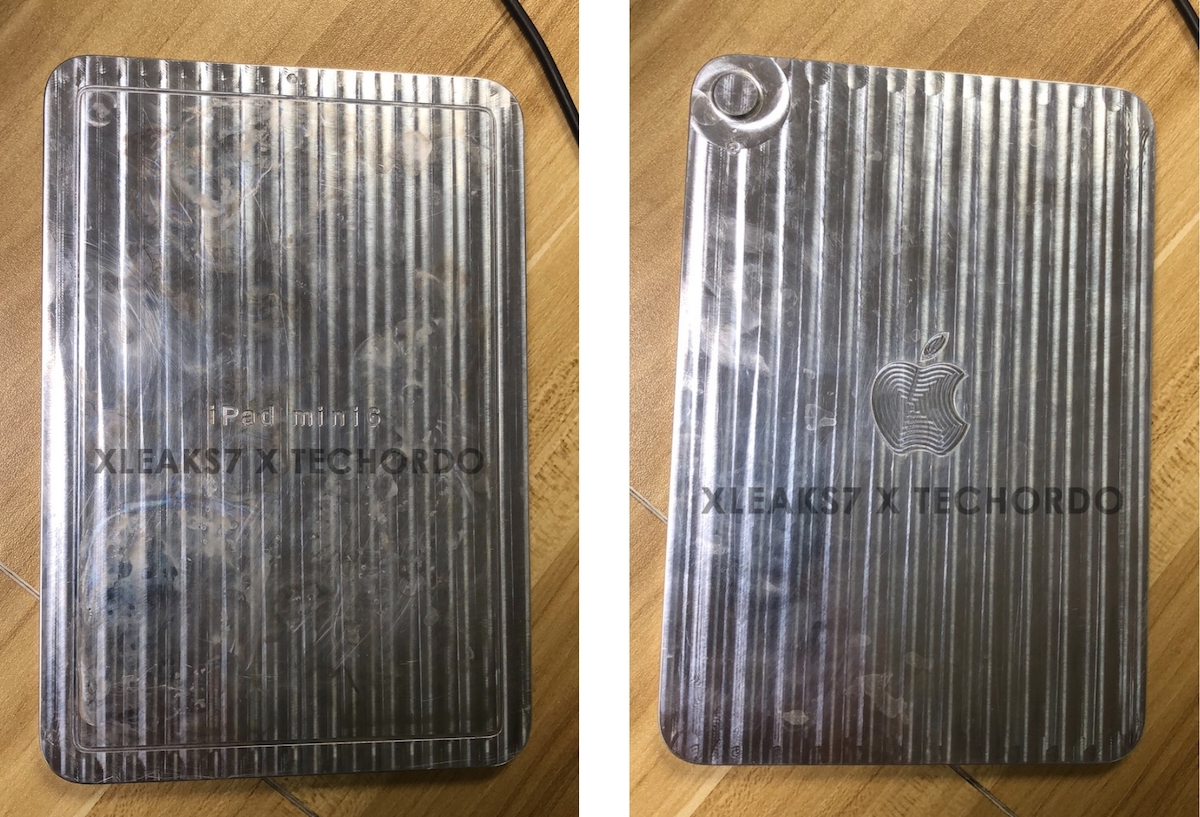 As per the report, Apple has revamped the sixth-generation iPad mini industrial design to match the latest iPad Pro and iPad Air models.

That includes a flat screen and back cover, and thin symmetrical bezels. The front camera of the device is on the top bezel, while the back seems to have a bigger than before single lens camera on the left corner.

The mold has two buttons on top of the tablet, which could either represent volume and power buttons or just a manufacturing defect. The thinner bezel design of the images corroborates previous reports by Mark Gruman of Bloomberg and others. However, unlike previous reports, Earlier reports claim that the alleged iPad mini 6 will be powered by an A15 chip as the iPhone 13 processor, will feature a USB-C port, and a smart connector. In addition, it will have a larger display, reportedly  8.4-inch, 8.7-inch, and 9-inch, with 5G network support, and more.

Apple is expected to hold a September launch event for next-generation iPhone13, 14-inch and 16-inch M1 MacBook Pro, AirPods 3, and other products. Therefore, it is widely speculated that the company will unveil the iPad mini 6 at the event as well. But Techordo states that there is no confirmation on the tablet’s “Fall” release.