WOW! iPad gaming just got better with the announcement of Quake 3 releasing in HD graphics as well as offline and online multiplayer on the iPad. In addition, extra levels can be added to the game easily via iTunes native file sharing where you can also drop high resolution texture files into it. Whoa! we can barely wait ;) as you only need a jailbroken iPad to enjoy it as it becomes available in the next few hours on Cydia. 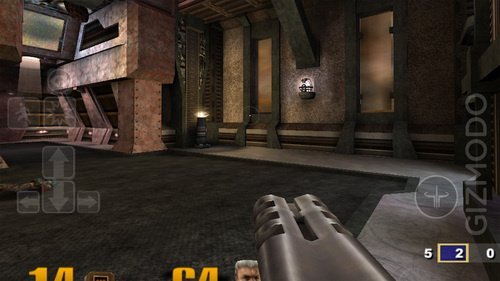 .
Alexander Pick, the same guy who brought us the iPhone port of Quake III, is also responsible for bringing this iPad version. He tells gizmodo about his latest release:

“The game is controlled by a joystick for looking around and multiple keys on the left to move around and do your action. The controls were designed for the best game play experience we could get you with the iPad. The game runs constantly at 55-60 FPS during our tests at 1024×768 native solution.”

Watch the demo video of Quake III in action on the iPad (via MacStories) and tell us what you think in the comments section below: