Spotify has announced the release of Group Session for shared music listening experiences for Premium users. The new feature allows two or more users, physically present at the same place, to share controls of music being played on their smartphones and tablets. Most importantly, Group Session gives participants control of each other’s music in real-time and lets them create playlists to listen together and enjoy.

The freedom to hold group musical parties with up to 100 users in the same house or on the same apartment floor, will allow Premium subscribers to enjoy music together by easily playing, queueing their favorite songs and discovering new music.

How to use Group Session in Spotify

Here is how you can use Group Session in Spotify to play music with family and friends.

Immediately after joining, all participants will gain control of the host’s playlists. They will be able to play, pause, skip and use all of the app’s built in controls. All change made by any one participant will be immediately synced to all other participants’ devices.

Spotify already offers group sharing and the option to create collaborative playlists for subscribers. However, the differentiating factor in Group Session is that it enables users to share and create playlists in real-time.

Group Session is available as a beta right now because Spotify intends to add more to its functionality based on user feedback. In 2019, Jane Manchun, a reverse engineering specialist, discovered the feature in testing back in May, and by August it was rolled out to a small group of subscribers.

Spotify is working on Social Listening, letting friends to control music together with their own devices

Scan Spotify Code or open link for it to begin

Initially, the music streaming platform intended to use the feature to boost its subscription base by encouraging other to easily join host music party via scannable codes. However, the changes in music streaming during the pandemic has inherently changed the company’s narrative as well. With a 31% increase in subscriptions during lockdowns, Spotify has marketed the feature as the chance to share, play and create music playlists as a group of family or friends under a roof. As it is a Premium subscription exclusive feature, it might get more users to subscribe to the service.

Group Session is rolling out gradual too all users around the globe, so if you are a Premium subscriber and do not see the feature yet, just be a little patient for it to appear. Spotify Premium subscription is $9.99/month, and $4.99/month for students. 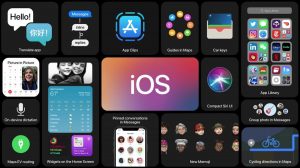