Apple CEO Tim Cook has announced that the company will be donating to support the relief efforts in Germany, Belgium, and other Western European countries affected by devastating floods. On July 16, Reuters reported that days of heavy rain resulted in flash floods which have caused catastrophic damages and have claimed hundreds of lives.

Communications were cut in many areas and entire communities lay in ruins after swollen rivers tore through towns and villages in the western states of North Rhine-Westphalia and Rhineland-Palatinate as well as parts of Belgium and the Netherlands. 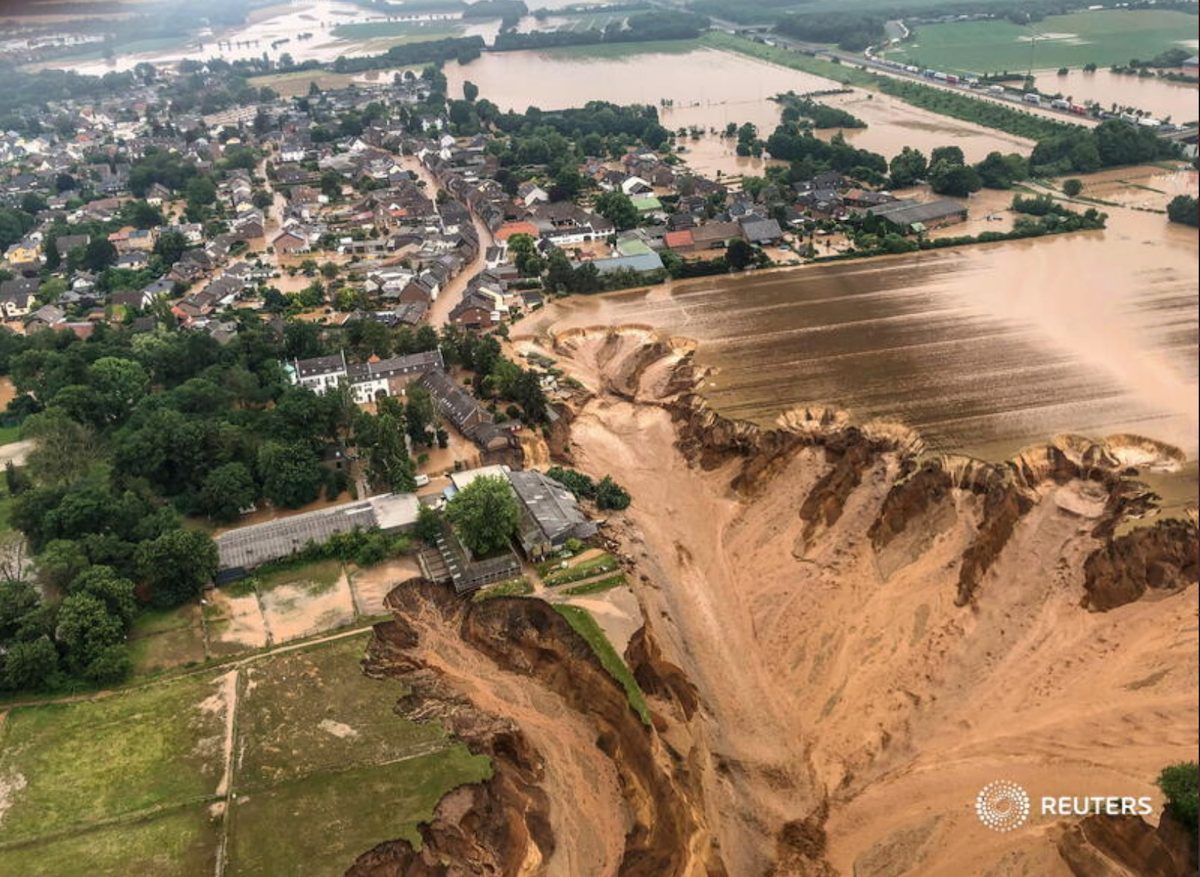 In this time of need, Mr.Cook gave emotional and financial support to the affectees.

Our hearts are with all those affected by the devastating flooding across Germany, Belgium and Western Europe. Apple will be donating to support relief efforts.

Like Apple, we need global environmental goals to avoid devastation like in Germany caused by climate change

Extensive and unregulated carbon emission in the atmosphere, for decades, has not only polluted the air but has a more damaging consequence, climate change. Extreme weather phenomena are experienced around the world with hotter summers and harsher winters like the recent winter in Texas with sub-zero temperatures destroying infrastructure, cutting out power, and worse. Similarly, meteorologists attribute Western Europe flooding to climate change.

The devastation of the floods, attributed by meteorologists to a climate-change-driven shift in the jet stream that has brought inland water that once stayed at sea, could shake up an election that has until now seen little discussion of climate.

“It is a sad certainty that such extreme events will determine our day-to-day life more and more frequently in the future,” Laschet said, adding that more measures were needed to fight global warming.

Apple not only helping by donating to support relief efforts for regions hit by natural disasters, but it is also working on eliminating the root cause of the recent unexpected extreme natural disasters by reducing carbon emission. We should all play an active part in reducing carbon emissions for the preservation of the planet and the life on it.