Major U.S. news publishers have officially joined Coalition for App Fairness (CAF) against Apple. The CAF works for equal treatment of all developers and aims to regulate app stores and its new member, the group of American news and media business, called the Digital Content Next includes The Washington Post, Bloomberg, AP, The Financial Times, The New York Times, EPSN, NBCU, Vox, and others.

Although CAF’s mission statement states that the non-profit organization seeks freedom of choice and fair competition across all app ecosystem, its specifically targets Apple. The organization’s website accuses the Cupertino tech giant of anti-competitive behavior;

And few of its founding members of the CAF organization are the iPhone maker’s strongest critics like Spotify, Epic Games, and Tile. 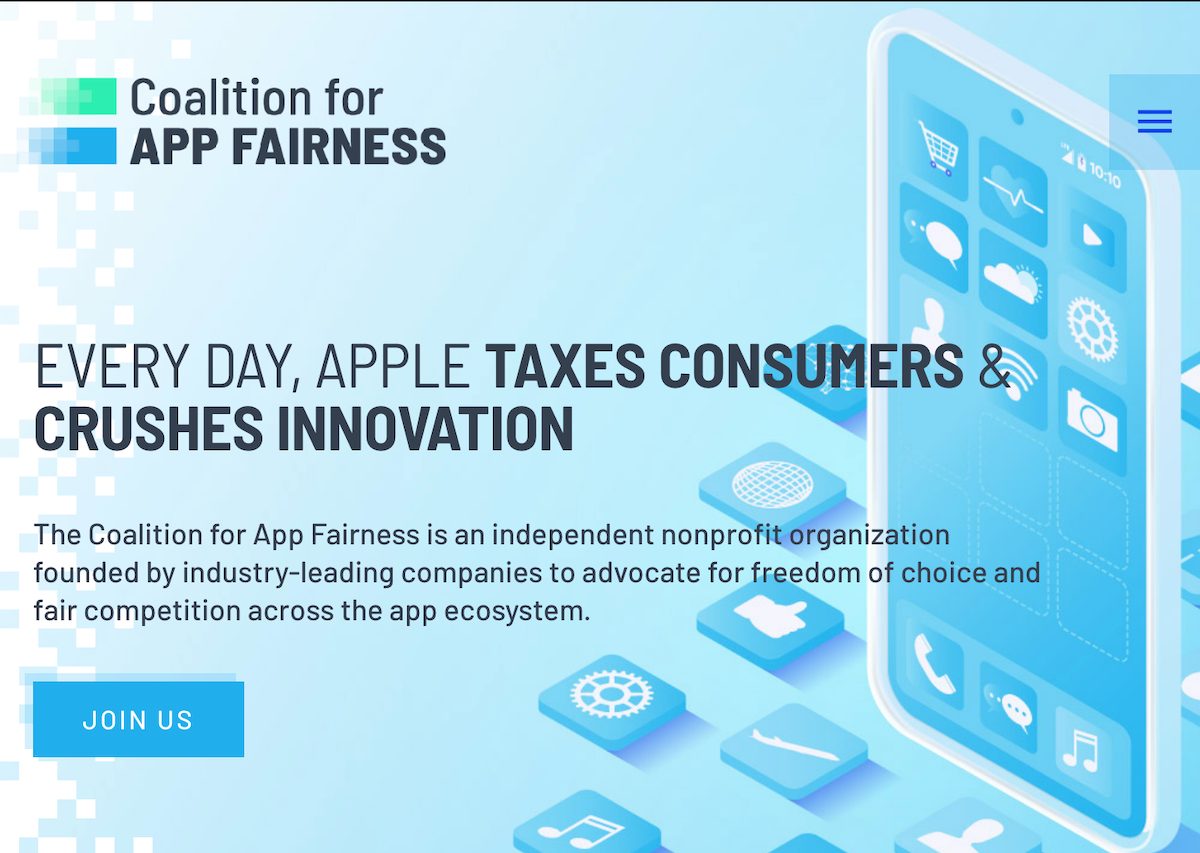 Sarah Maxwell, the spokeswoman for the Coalition for App Fairness, said that,

“Having DCN join the Coalition for App Fairness is a landmark moment for our campaign, and their insight into core issues with the App Store that top outlets face will only make our voice stronger.

We’re excited to work with them to advocate for App Store policies that are fair, hold Apple accountable, and give consumers freedom of choice.”

The predominant objective of CAF is to make the Cupertino tech giant reduce its 30% App Store commission rate and many of the U.S publishers joining the organization are part of Apple News+ service and have individual iOS apps as well. Maybe, as the domain of digital news is growing, the publishers want to cut a lower commission rate for in-app purchases.

The overwhelming presence of Apple in the global smartphone market with over a billion iPhones is the reason why developers are more concerned about the App Store’s commission rate in particular. Apple claims that it charges 30% from all developers, indiscriminately and maintains that 30% is the industry’s standard rate which Google, PlayStation, Xbox and others charge for purchases via their marketplaces.

As the disgruntled Epic Games publically called the iPhone maker’s share of in-app purchases “unfair”, Apple released detailed statements explaining the services the company provides to users and developers to keep the App Store a safe and competitive digital marketplace.

However, leaked emails between Cupertino tech company and Amazon make the CAF case strong. The email revealed that Apple halved the App Store 30% commission rate for Amazon to being to Prime Video on iOS and Apple TV. Based on that, the organization accuses the iPhone maker of bias and arbitrary application of rules.

Maybe the growing criticism made the Cupertino tech giant introduce a new App Store program for small developers in which all developers earning equal to or less than $1million per year, after App Store deductions, will be charged a 15% commission rate. A study showed that under the given eligibility criteria 98% of developers will qualify for a reduced rate.