Location is currently one of the hottest topics in the software industry and a number of top companies are working on it. Google can be considered the giant of this field but Apple also likes to be in control when it comes to their own devices. TechCrunch have reported that with iOS 3.2 for iPad in April, Apple started relying on their own database for location based services and utilizing it with Google Maps data for iPhone, iPad and iPod touch. Apple revealed this earlier this month while responding to federal legislators about privacy concerns. Here is what Apple said in the statement: 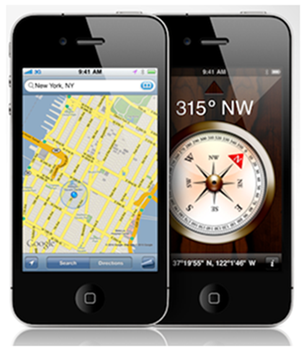 For devices running iPhone OS versions 1.1.3 to 3.1, Apple relied on (and still relies on) databases maintained by Google and Skyhook Wireless (“Skyhook”) to provide location-based services. Beginning with the iPhone OS version 3.2 released in April 2010, Apple relies on its own databases to provide location-based services and for diagnostic purposes.

Before gaining control of location based services on iPhone, iPad and iPod Touch, Apple was relying on Google and Skyhook for information.

This thing does not make any difference to end users but it shows Apple really wants to control the full user experience on their devices. This also allows Apple to be less dependant on their competitor Google for services on their devices.

Last year in July, Apple acquired Placebase which showed Apple’s intentions that they are looking to work with location based services. Earlier this month, they bought Poly9, makers of 3D mapping software. They had a job posting last November, in which they wanted software engineers to help them take Maps to the next level.

Apple really wants to give their users an experience which is different from others. We can’t wait to see what Apple would offer in Mapping and location based services in the future.