Mike Rockwell, Apple’s head of augmented reality, has spoken about augmented reality in a new interview and hyped up its enormous potential to help people via devices that exist today and devices that might exist tomorrow. This marks yet another instance where Apple hyped up augmented reality, believing that it is the future. If there is anything that Apple is good at, it’s predicting future technologies that are actually used and don’t end up as merely tech demos.

At the moment, Apple has the biggest platform for augmented reality experiences, with specialized hardware built into its iPad Pro and iPhone 12 Pro models, in the form of LiDAR. Even on devices without LiDAR, Apple has been supporting AR through ARKit, and powerful cameras and processors, which have allowed developers to create unique games and apps for iPhone and iPad. However, the potential for AR goes beyond what is possible today. 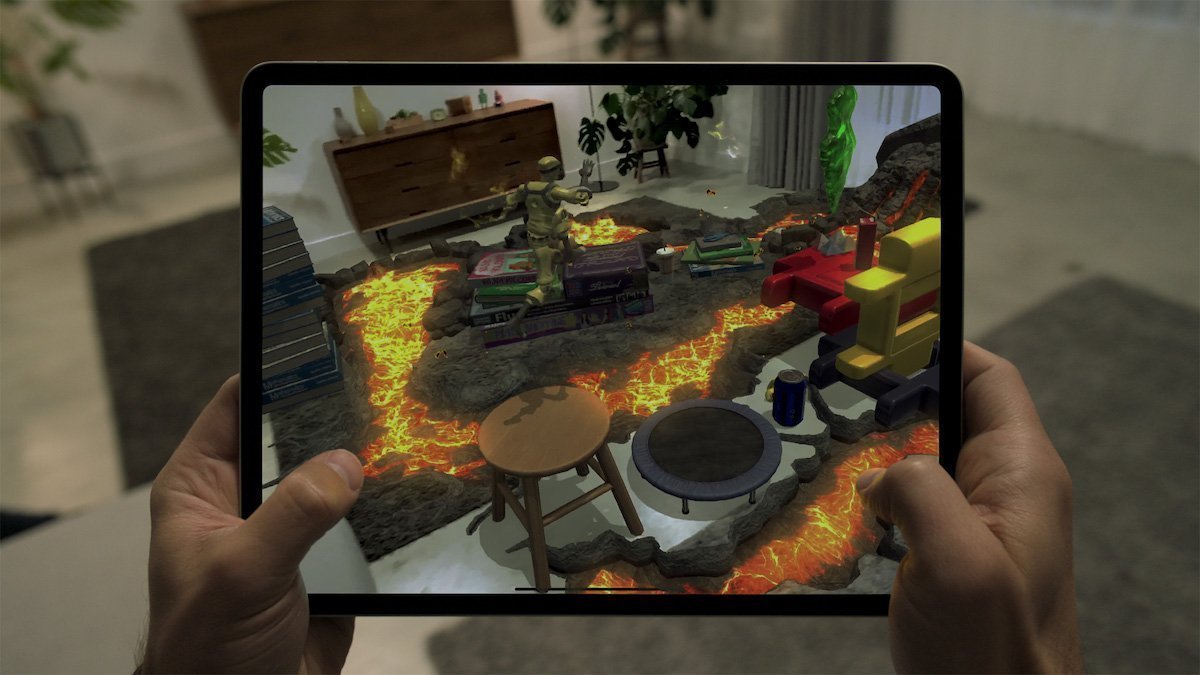 Mike Rockwell, Apple’s head of augmented reality, and Allessandra McGinnis, senior product manager for augmented reality, spoke to Cnet about AR and where it is headed. Mike discussed the enormous potential that AR has and the devices that are available today and might exist in the future, which would add to that potential.

“AR has enormous potential to be helpful to folks in their lives across devices that exist today, and devices that may exist tomorrow, but we’ve got to make sure that it is successful. For us, the best way to do that is to enable our device ecosystem, so that it is a healthy and profitable place for people to invest their time and effort.”

It is no hidden secret that Apple is internally working on AR glasses, and has been laying much of the groundwork through technologies that it has introduced via Apple Watch, iPhone, and iPad, including hardware, 5G networking, and APIs. While Apple executives did not address this, they talk about the strength that they have in the sheer number of Apple devices in use which is an attractive platform for developers to target.

“It’s been a pretty hard road for developers that are VR-only, or are trying to do AR-only experiences. There just aren’t that many [devices] out there.” Meanwhile, Apple’s sheer numbers of AR-enabled iPhones and iPads dating back to 2017 number in the hundreds of millions. “Even if you only appeal to a relatively small percentage, that’s still a gigantic number.”

The complete interview is very interesting and shows how something like AirPods’ spatial audio could also contribute technical expertise towards future AR glasses. Apple has been solving many problems to make sure that AR works seamlessly for developers and users alike, despite the user knowing if it’s AR or not.

“These things are, kind of in the beginning, a delicate thing, and you have to have all of the elements there, all these ingredients, for them to be successful. A few years from now, it’ll be one of those things where you kind of can’t remember living without it, just like the internet. You’re going to feel like, wow, I’m using this on a regular basis … it will become just integrated into our lives.”

Tim Cook has also been talking about AR for many years now and even called it larger than VR. Although VR is popular with enthusiasts, it did not take off as predicted.

As per reports, Apple Glasses are expected to launch in early 2021 or 2022, however, the pandemic might have changed these rumored timelines.