With a 2 year transition time frame from Intel processors to Apple Silicon chips for Macs, the Cupertino HQ Core OS team, in a video session for developers, explained all the changes coming to the architecture. Gavin Barraclough and Anand Dalal of the Core OS team listed down new features in macOS Big Sur for Apple Silicon, and how it will take advantage of the security enhancements, application compatibility, and new boot and recovery features.

The announcement of Apple Silicon in future Macs was Apple’s biggest one at the WWDC event on June 22. Apple Silicon is the company’s custom-designed system-on-chip which will replace existing Intel Core processors in the Mac line-up for a unified architecture similar to the iPhone.

The description of the session reads:

“Discover how Macs with Apple Silicon will deliver modern advantages using Apple’s System-on-Chip (SoC) architecture. Leveraging a unified memory architecture for CPU and GPU tasks, Mac apps will see amazing performance benefits from Apple Silicon tuned frameworks such as Metal and Accelerate. Learn about new features and changes coming to boot and security, and how these may affect your applications”.

Here is a complete list of the new features, security enhancements, and boot and recovery features that will be part of the new Apple Silicon Macs for developers to take advantage of when building apps.

Barraaclough, who is responsible for bringing macOS to Apple Silicon, explained to developers that the company’s own custom-made chip for Macs is designed to give a unified system architecture for faster and efficient performance. Like the A-series processors on iPhone and iPad, in Apple Silicon Macs, the GPU and CPU will work have a unified memory architecture to efficiently share graphic data such as images.

The new system will also have the following features for developers to design and develop apps for Macs to function more efficiently as they do on the iPhone and iPad.

New Security APIs on the Mac

Benefitting from unified system architecture, Apple Silicon Macs will have new security APIs to make them more secure without compromising performance. All the new security features are the ones available on iPhone and iPad because of their unified architecture.

Rosetta was also introduced as a fast, efficient, and most importantly, secure translator for apps which will allow apps developed for Intel Macs to be compatible with the new Apple Silicon Macs.

The new boot process, based on iOS and iPadOS, will be secure. It is enhanced to support multiple macOS installs, versions of macOS, and macOS Recovery flow.

The system will have a new simple and unified Startup experience accessible by long-pressing the physical power button or Touch ID button on a Mac. The new UI is a one-stop solution for Start-Up and macOS Recovery, integrated with the Startup Manager, Startup disk, and new Mac sharing mode which will replace Target Disk Mode. 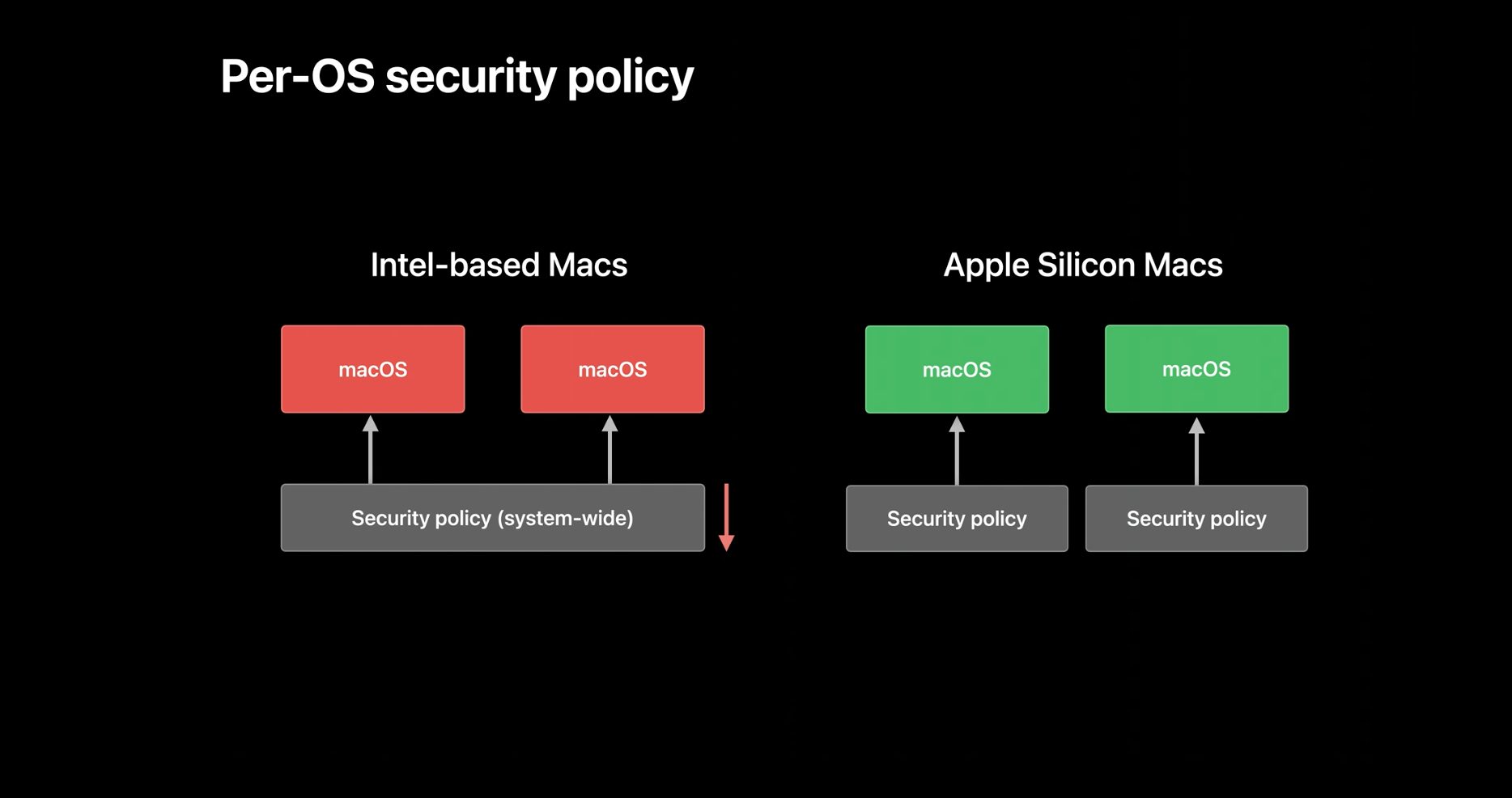 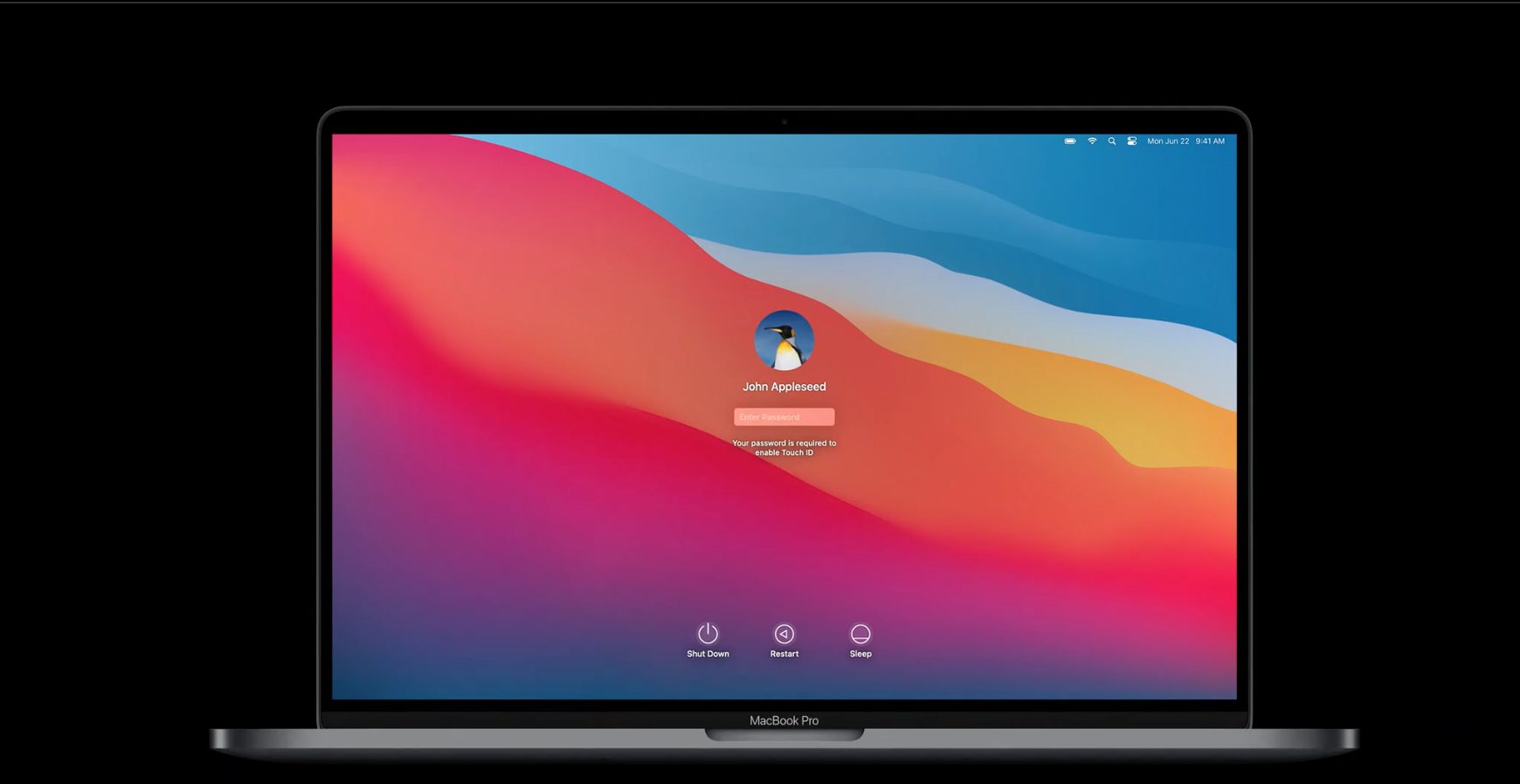 Data protection features are enabled by default, which are:

The transition from Intel to Apple Silicon has opened new possibilities for the company to deliver faster and more efficient performance, a unified architecture to support apps across all operating systems, and much more. Although it is not officially said, industry speculations are that the decision to bid adieu to Intel processors was its slow growth to support Apple’s ambitious technological goals. We are excited for the first Apple Silicon Mac later this year.