Bitcoin is the world’s first only crypto-currency worth thousands of dollars. Based on rumors that Apple would also “enter the cryptocurrency market”, designer Antonio DeRosa has shared the ‘Apple Money’ concept with its current and electronic wallet. DeRosa bases Apple Money on mining Apple digital currency to use for online purchases and the company’s services.

The Cupertino tech giant’s money is inspired by Bitcoin system. Based on open-source software, Bitcoin cryptocurrency was invented by a group called Satoshi Nakamoto in 2008 and the currency came into use by 2009. The company describes its currency as,

Bitcoin uses peer-to-peer technology to operate with no central authority or banks; managing transactions and the issuing of bitcoins is carried out collectively by the network. Bitcoin is open-source; its design is public, nobody owns or controls Bitcoin and everyone can take part. Through many of its unique properties, Bitcoin allows exciting uses that could not be covered by any previous payment system.

DeRose’s envisions a new sleek, pencil like, device called ‘Apple Money’ for the Cupertino tech company’s digital currency. Integrated with Apple Card+ and across devices, the Apple Money would support the company’s ecosystem by mining. The money would be available for users to make immediate payments and the purcahing activity users will have, the more money they will earn. 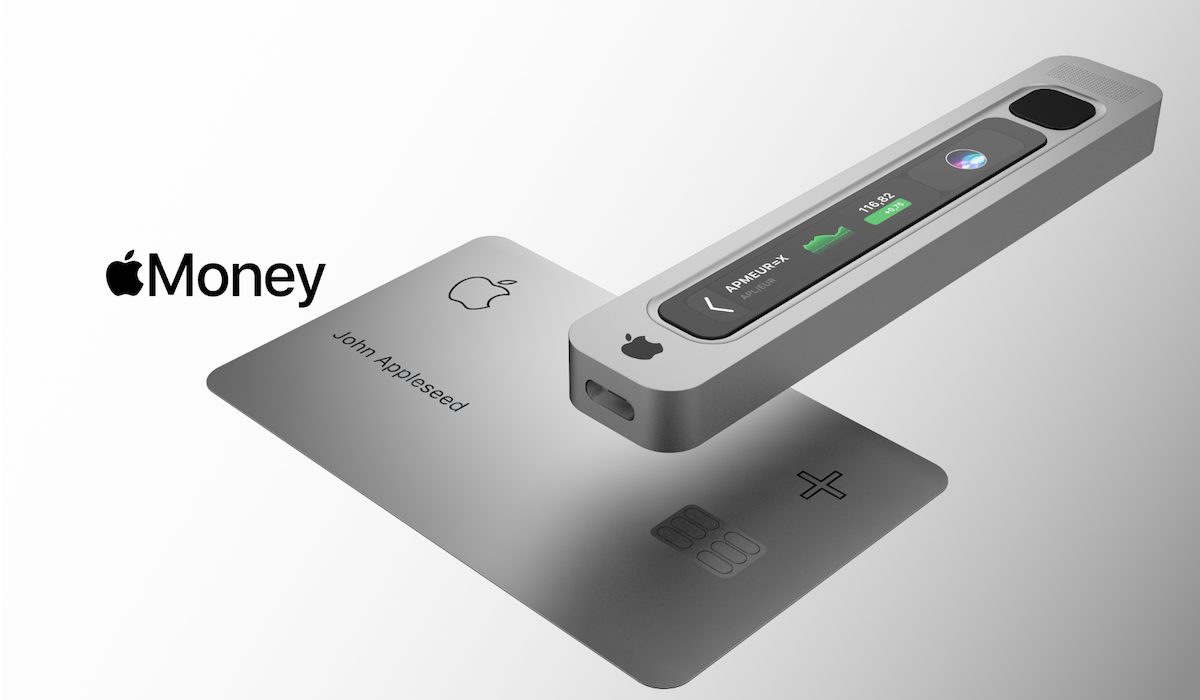 The the compact device (11x20x9 mm) would ship touch screen, inger print authentication, 2W speaker, bi-directional mic and more. It would deliver up to 12 hours of battery life and be compatible with crypto assets.

Like most services, the digital money device would support Family Sharing feature to make mining a “family affair” so that each member contributes to run the “mini-economic system”. To make the device safe, DeRose designs equips it with Apple Security chip S2, pin code and 24 words recovery phase.

Concept products and services bring an interesting aspect to Cupertino tech giant’s existing or future products. Developers and designers incorporate features and technologies which be more beneficial for the consumers and fulfill their needs. And a recent change in the company’s subscription sheet discovered in iOS 14.5 beta 2, similar to the design shared by developer David Barnard in 2019 suggests that it is aware of these concept designs.