Live Photos are a wonderful feature included in Apple’s operating system. With just a tap, you can capture two seconds of a moment in time. That perfect shot you took of a certain moment in time can become mini moving memories that you can relive repeatedly.

However, sometimes you snap a picture at just the right moment, and the stuff before and after is not worth keeping. That is when you want to turn your Live Photo into a still shot. 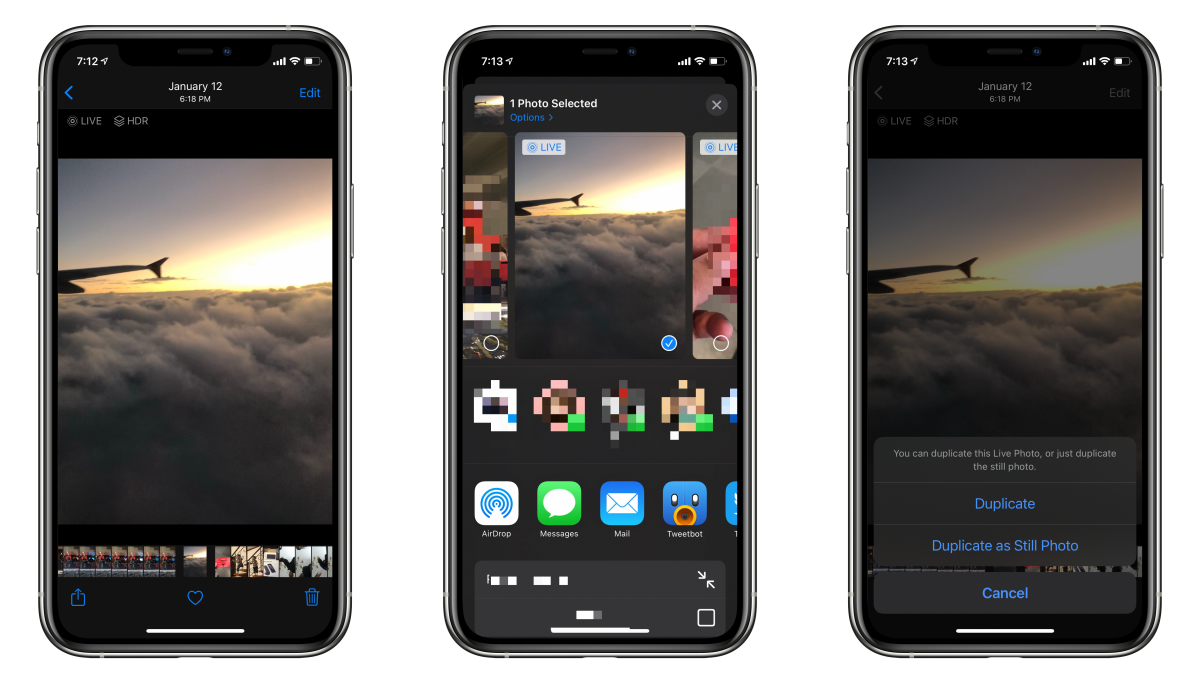 1. Open the Photos app.
2. Select the Live Photo you want to extract a still shot from.
3. Tap the Share icon in the bottom left corner of the screen.

4. Tap Duplicate as Still Photo in the option tray at the bottom of the screen.

After that, a new duplicate photo of the keyframe you picked will appear in your Photos library just beside the original Live Photo. From there, you can process or share it on whatever platform you want.

If you’d like, you can also return to your original Live Photo, tap “Edit” again, then “Revert” it back to its original keyframe. That will restore the photo to its original settings.

One important thing to note is that the resolution of the extracted photo may not match that of a normal still photo on an iPhone. That’s because this method extracts a still frame from a video, and Apple devices record video frames at a lower resolution than still photos.

We hope this guide helped you out.