One of the biggest differences between the iPhone’s and Android’s operating systems has always been customization. Android’s OS allows gave users more freedom over how the software looks, while Apple limits these changes due to wanting uniformity and simplicity. But with the launch of iOS 14 last week, iPhone users are discovering how to make their smartphones and look and feel truly different from the stock iOS experience.

Prior to iOS 14, iPhone users were forced to have their apps in a grid of boxes and now, using the new widget feature in the software and a work-around using the Apple Shortcuts app, users can change the appearance of their icons to make the iPhone’s home screen look completely different, creative and fun.

Many icon changes are themed around pop culture phenomena like Harry Potter, Mean Girls, and BTS, while others focus on a single aesthetic, like line drawings or retro icons. Some Home Screens even recreate older user interfaces, like making iOS 14 look like iOS 6.

Why are we seeing an uprise in this trend? In part, it’s because of the release of iOS 14, which gave the option to add widgets to their home screen. Usually, widgets are used to see information about reminders or the weather at a glance. But you can also use them to display any image of your choice, which has led to users to use them as a way to personalize their home screens by. You can also, with a third-party app, customize the appearance of the default widgets. 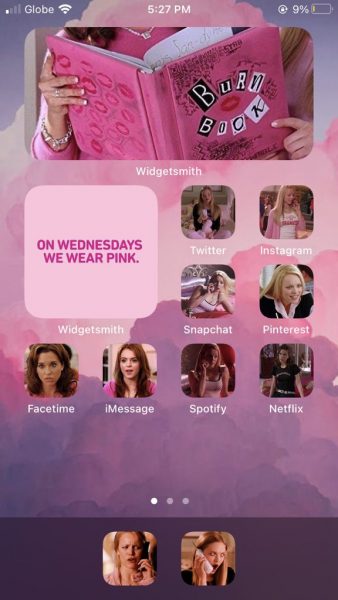 The other customization options users are taking advantage of are much older. Choosing your own wallpaper is obviously an option that’s been around for ages, but creating custom app icons was only made possible by Apple’s Shortcuts app. 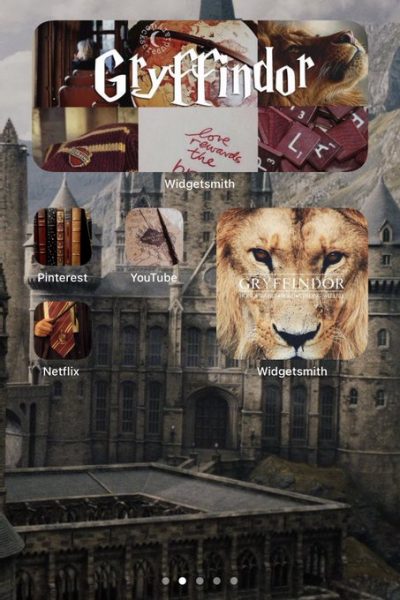 This was first introduced in 2018 with iOS 12 and allows you to automate certain actions in iOS. People have been using Shortcuts to create custom app icons for years, but it seems with the release of iOS 14 and the arrival of widgets, many people are discovering this functionality all over again.

How to Personalize iPhone Home Screen

Creating custom icons on iOS isn’t actually doing that, in fact, what you’re doing is creating new Shortcuts that trigger the launch of an app, and using a custom image for that shortcut that then lives on your home screen instead.

This is not the most practical solution, because it means that you won’t have any notification badges on your shortcuts and the system first directs you to Apple’s Shortcuts app, which opens for a split-second before opening the actual app you selected for the shortcut.

However, the process is relatively simple and is a fun way to customize your home screen:

Remember to remove the original app icon from your home screen, to prevent duplication.

We hope that you find this guide helpful.