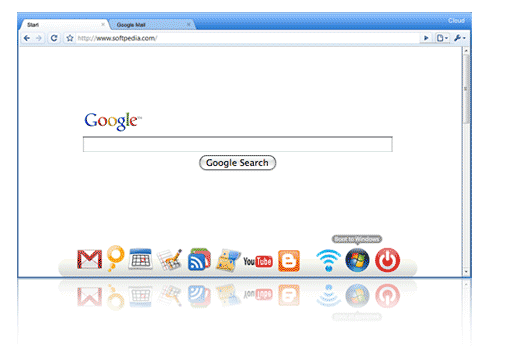 Google Chrome OS will be quick to boot and secure. It’ll be totally based on the Web so you can expect it to be a rather barebones operating system with Google Chrome being the main application. It’ll run on x86 as well as ARM processors with the software architecture being Google Chrome running within a new windowing system on top of a Linux kernel.

Google is pushing for the web as a platform for Google Chrome OS. This probably means there won’t be as many native applications for it as much as web applications, which are already present in a huge number on the Internet. Although, being based on Linux, I predict lots of current Linux applications being ported to it. The data on a Google Chrome OS will be accessible from anywhere which means it’ll be stored in the cloud.

I don’t see this new OS as being a direct competitor to Windows or OS X since they offer much much more than what Google plan to do with Google Chrome OS. You’ll hear lots of hype and FUD about Google Chrome OS over the next year from many major blogs, but I’ll advise you to think it for yourself as this OS is just another in the line of many clouds-based operating systems already available for netbooks. It’s also targeted towards netbooks, but don’t forget, notebooks and desktop PCs are still pretty much alive.

[The above image is from Cloud OS by gOS]