iOS 16 was recently announced at WWDC 22 with a redesigned Lock Screen experience, new capabilities in Mail, Wallet, Messages, enhanced intelligence with updates to Live Text and Dictation, and more. One of the main features of iOS 16 which was heavily focused on during Apple’s keynote is the iCloud Shared Photo Library. This feature enables members of a family to choose which images to share to the library or have their iPhones automatically add them to it. 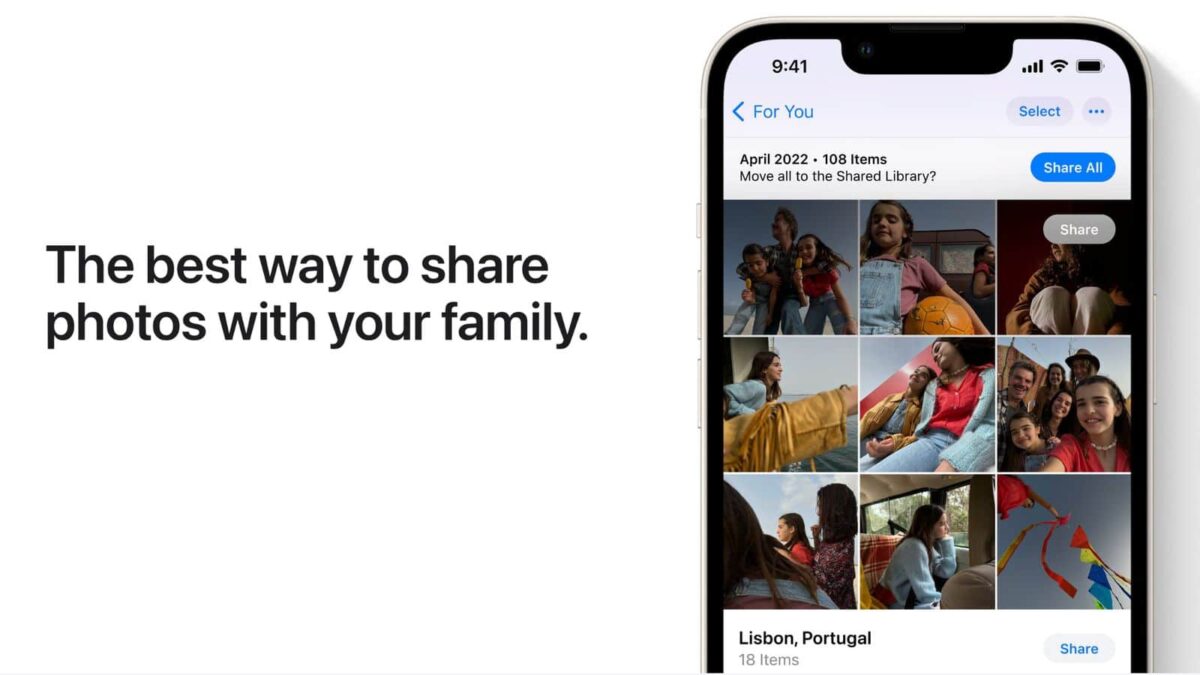 iCloud Shared Photo Library is a new feature that allows families to share photos seamlessly, and even automatically. Up to six users can be added to the separate iCloud library where they can contribute, collaborate and enjoy the photos.

A user can send photos directly to the Shared Library using a new toggle in the Camera app that shared the photos as a user takes them.

Every user in the Shared Photo Library can add, delete, edit or favorite the shared photos or videos. The subsequent changes will be reflected in the library of the other members.

iCloud Shared Photo Library can also be set up in a way where when users take a photo and other members of the shared library are nearby, they will automatically receive them. This year, users do not have to worry about manually adding a ton of pictures to the library.

The software update will be released to the general public in the fall alongside the iPhone 14 lineup. The first developer beta of iOS 16 has been released for developers and a public beta will become available in July.